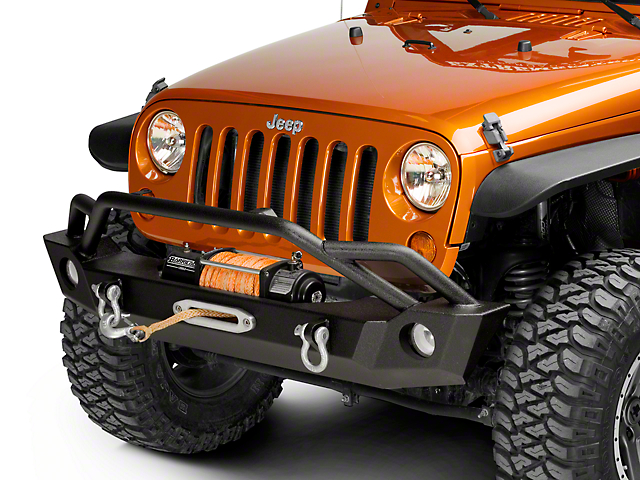 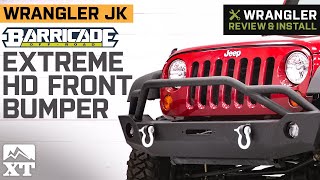 Intense Protection. The Barricade Extreme HD Front Bumper is engineered for functional protection and extreme style. Its equipped with 7/8 inch d-rings on beefy mounts, OE fog light housings and an aggressive tube over rider with additional light accommodations. This bumper's rugged design provides practical front end protection for both on and off road performance.

Recovery Ready. This full width Jeep bumper is designed to take on the trail with a recessed winch mount designed to fit most winches on the market. It features a standard winch mounting pattern of 10" x 4.5".

Does the vacuum pump need to be relocated with this bumper as it does with some others??

Helpful (11) Thanks for your input!

Will this bumper fit the Jeep Wrangler with a Blue Ox tow plate installed to pull behind my RV? I tried a different bumper and it sat too low.

Which round fog lights will work with this bumper? Can I use the original lights that came on my 2017 Rubicon?

Helpful (6) Thanks for your input!

Will the Warn Powerplant 9.5 winch fit in the Barricade Extreme HD front bumper? and will I have to relocate the vacuum pump? 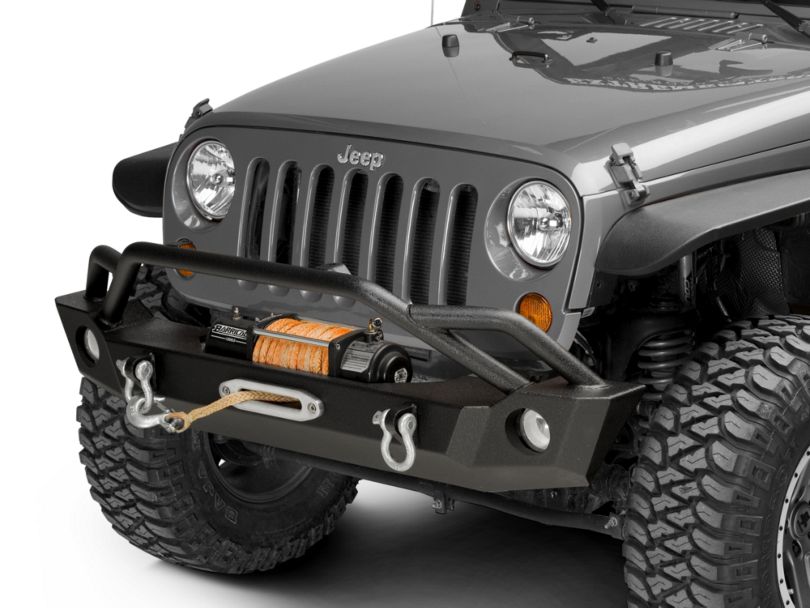 Sorry, there are no open box items available for the selection options 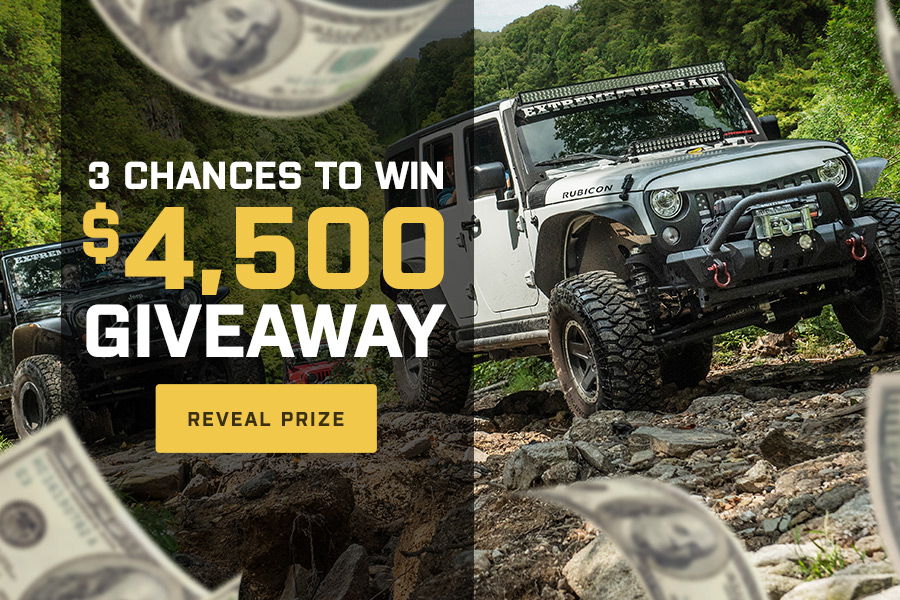