Find Bumpers for your Wrangler 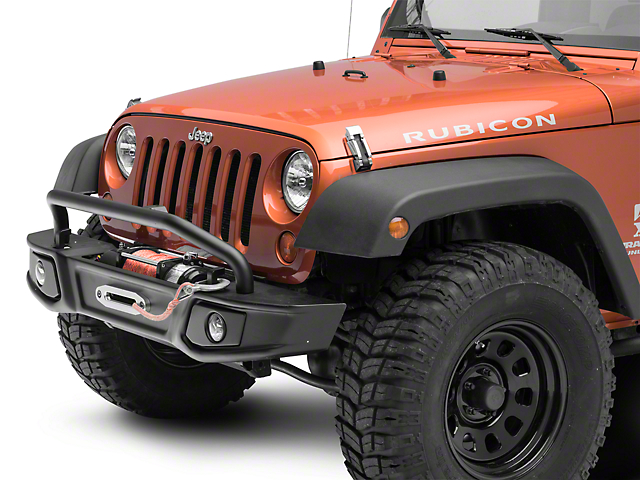 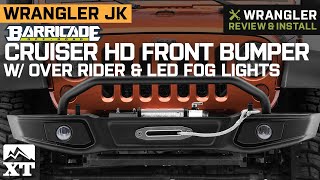 Go All-Out. Go all out on the wicked off-road with the premium grade Barricade Cruiser HD Front Bumper with Over Rider & LED Fog Lights. This front bumper reinvents the look of your front-end, equipped with a hoop, bumper, and winch plate along with LED fog lights and a textured black powder coated finish for maximum protection and lighting power on the trails.

1-Piece Construction. This front bumper is designed in adherence to OEM quality specifications for a precise fit with its durable 1-piece construction, highly agile in absorbing minor impact and protecting your investment.

Installation. It takes no more than one hour to install this front bumper with an easy level of difficulty.

Application. The Barricade Cruiser HD Front Bumper with Over Rider & LED Fog Lights is designed for the 2007-2018 Jeep Wrangler JK.