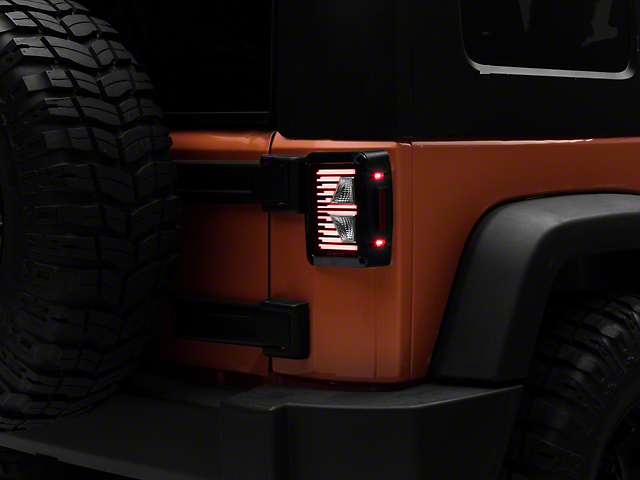 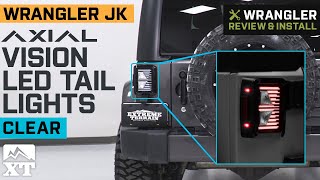 Quality Construction. Manufactured from OEM grade materials, these Axial Vision Tail Lights are assembled to precise standards for long-lasting quality. Featuring durable, black ABS plastic housings with clear lenses, these Tail Lights employee red LEDs for use as brake, turn signal and running lights. Each Tail Light is weather-sealed to prevent dirt and moisture from harming the state of the art electronics found inside.

Plug and Play Installation. Axial designed its Vision LED Tail Lights to be a direct Plug and Play replacement for your JK's original factory tail lights. There is no cutting or modifications required for a clean, straight forward install. Installation can be completed in under 30 minutes with just basic hand tools.

DOT and SAE Compliant. These Axial Vision LED Tail Lights meet or exceed the strict guidelines set forth by the U.S. Department of Transportation (DOT) and the Society of Automotive Engineers (SAE), making them legal for street use.

Application. These Clear Axial Vision LED Tail Lights are specifically designed for use on 2007-2018 Jeep Wrangler JK models, including Rubicon and Unlimited. Driver side and passenger side included.

Reviews of Axial Lights products have an average rating of 4.2 out of 5