Find 3 Inch to 5 Inch Lift Kits for your Tacoma 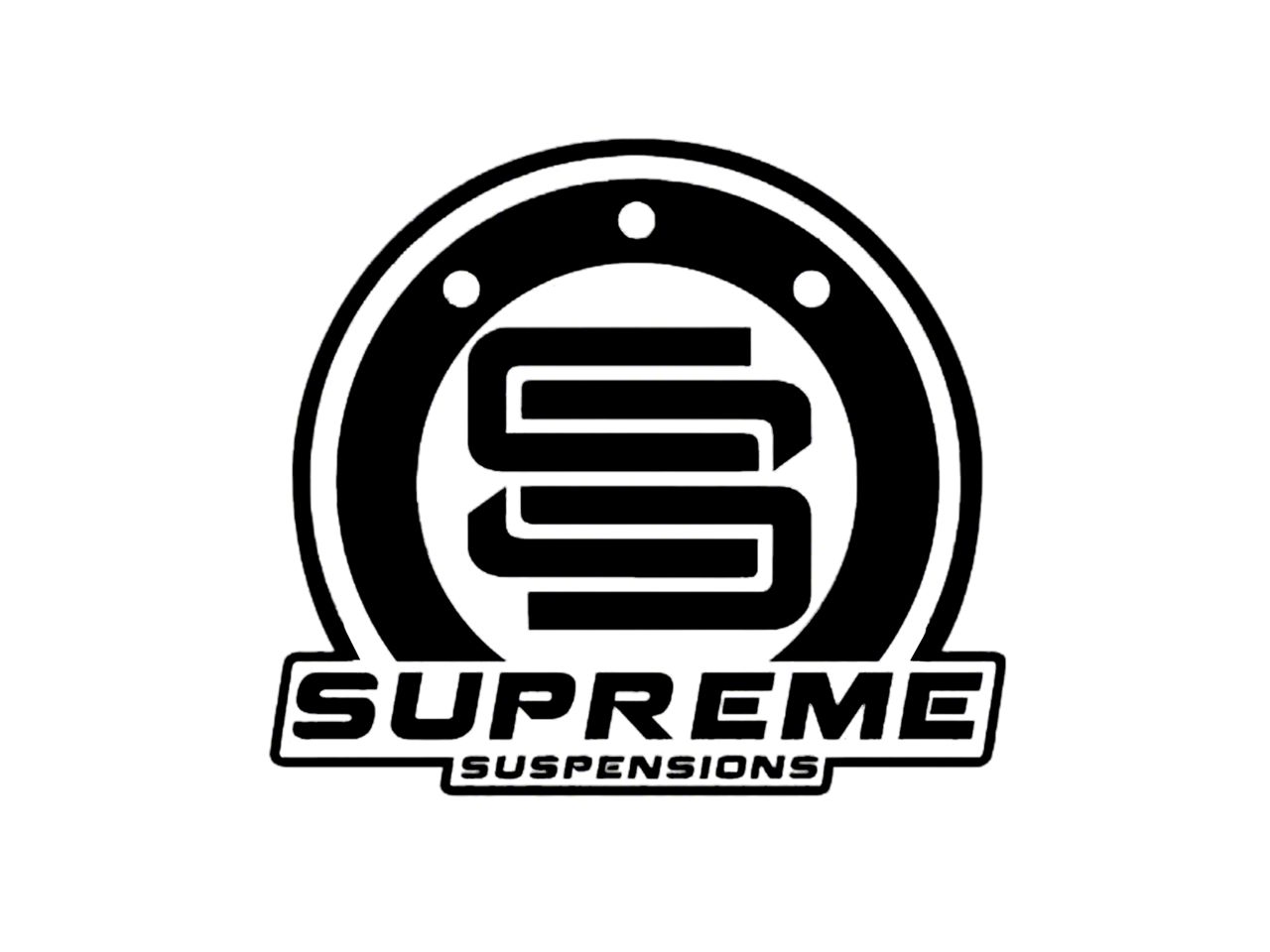 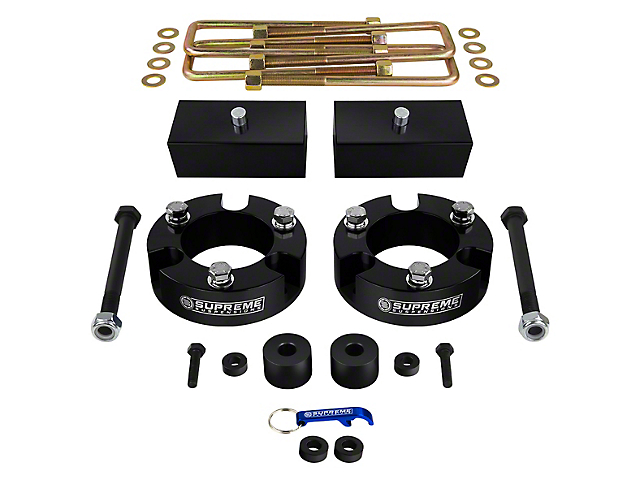 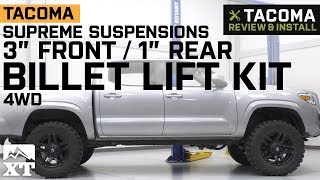 Optimize Your Off-Road Capabilities. The Supreme Suspensions 3-Inch Front & 1-Inch Rear Pro Billet Lift Kit is the lift & leveling kit that offers improves ground clearance, while maintaining OEM ride quality and comfort. This is achieved by providing 3 inches and 1-inch front and rear lift respectively, without drastically changing your Tacoma’s suspension and drivetrain configuration. This lift-leveling kit not only corrects factory rake, it also allows the use of larger tires giving your Toyota Tacoma a tougher overall look.

Precision-Crafted Spacers & Blocks. The Supreme Suspensions 3-Inch Front & 1-Inch Rear Pro Billet Lift Kit provides its lift via spacers CNC-machined from solid billets of 6061-T6 aircraft aluminum. This construction method produces lift spacers and blocks that are extremely strong, lightweight, and free of any welded seams that may potentially become failure points in the future. Additionally, the front lift spacers and rear lift blocks are then hard anodized in black, for a finish that’s way tougher than powder coating.

Straightforward Bolt-On, Installation Without Modifications. The different components of the Supreme Suspensions 3-Inch Front & 1-Inch Rear Pro Billet Lift Kit bolt-on directly to existing locations on your Tacoma. No modifications are necessary, and all mounting hardware is included for convenience. Please note that a wheel alignment is recommended after installation.

Sorry, there are no open box items available for the selection options

Please note: returns within 30 days of purchase for Store Credit only.