Find Fender Flares for your Tacoma 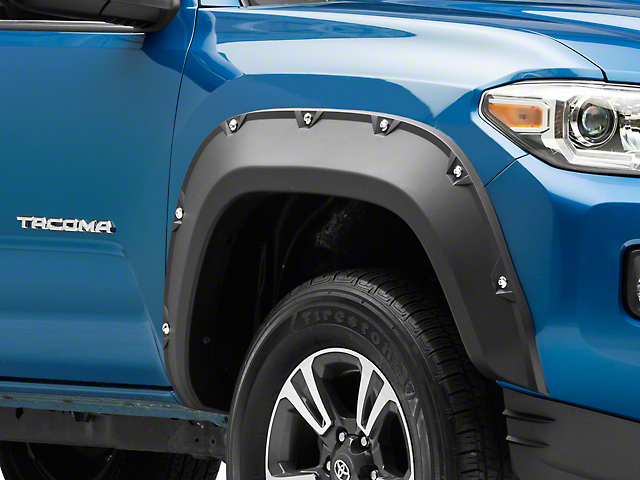 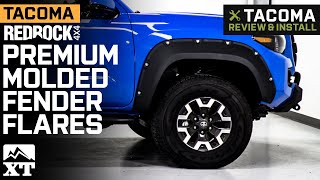 Added Protection. A set of RedRock 4x4 Premium Molded Fender Flares are a must have upgrade for any 2005-2021 Toyota Tacoma that spends a majority of its time at the work site or out on the trail. These Flares will add the extra protection you need to protect your Tacoma's body and paint from stones and debris that get kicked up from your tires. These great looking RedRock 4x4 Fender Flares feature a wide pocket design that will give your Tacoma an aggressive off road appearance. Best of all, the wider width will provide you with the additional tire coverage needed when you go to install an oversized set of wheels and tires.

Durable ABS Construction. RedRock 4x4 manufactures their Premium Molded Fender Flares from an OEM quality acrylonitrile butadiene styrene (ABS) material. ABS is known for its light weight, superior durability and impact resistance making it the ideal material for use on and off road. RedRock 4x4 then completes their Fender Flares in an smooth black finish that matches your Tacoma's existing factory trim.

Bolt-On Installation. These RedRock 4x4 Fender Flares are designed to install using the factory mounting points and includes all of the necessary hardware for a straight forward install.


Installation & What's in the Box