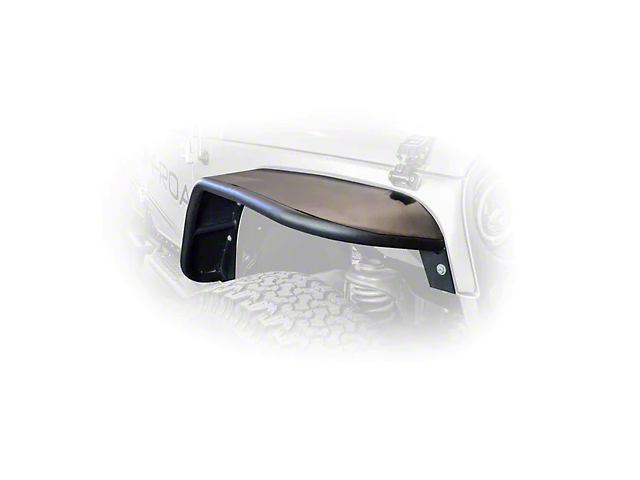 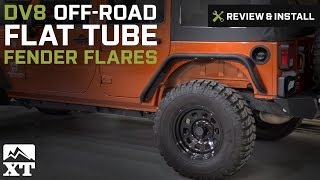 Customize Your Flares. The DV8 Off-Road Flat Tube Fender Flares are made for 2007-2018 JK models. You will find that these fender flares bolt directly in place and utilize the holes that are already drilled on the Jeep’s body. You can expect installation to take about three hours total, but it is easy. These fender flares off you the convenience of additional up travel and provide for clearance of bigger tires. They eliminate the hassle of your factory flares popping off due to your tires rubbing or not having enough of that clearance you need. Metal flares are not always a good choice for everyone because they can transfer the impact when you hit an object to the body of the Jeep and these plastic fender flares fight back against then. While absorbing the impact, you can expect these flares to be break and crack resistant. The DV8 Off-Road Flat Tube Fender Flares are priced fairly and come with inner bracing to ensure protection of your Jeep at all times. These flares come in a powder coated black finish that can be painted to match the color of your Jeep. This kit does come with stainless steel hardware that is corrosion resistant.

Steel Plated Tubing. Your factory plastic fenders will not protect your Jeep the way you want them to and a small knock or bump can cause them to crack and buckle under pressure. The DV8 Off-Road Flat Tube Fender Flares are made from thick steel plated tubing to ensure superior strength and durability both on and off the road. Each of the fender flares comes with a rubber guard to protect your Jeep from any scratching that may occur.

Moderate Installation. Installation of DV8 Off-Road Flat Tube Fender Flares are designed to be a moderate installation with some drilling required. You will find that all of the hardware needed comes in the box. Each fender flare has been precision cut to provide a solid and exact fit to your Jeep. You can expect installation to take about two hours and is considered simple.

Application. These 2nd generation DV8 Off-Road Fenders are designed for 2007-2018 Wrangler JK. They have a wider design than 1st generation fenders to keep your Wrangler street legal.

How much additional clearance do these flares give you compared with the stock flares?

How much do these Fenders weight?

Is there any special tools needed to install these fender flares besides a good wrench and socket set?

Are these flares plastic or metal. description made it hard to tell.

Do these flares include the marker light bracket advertised on the DV8 website? 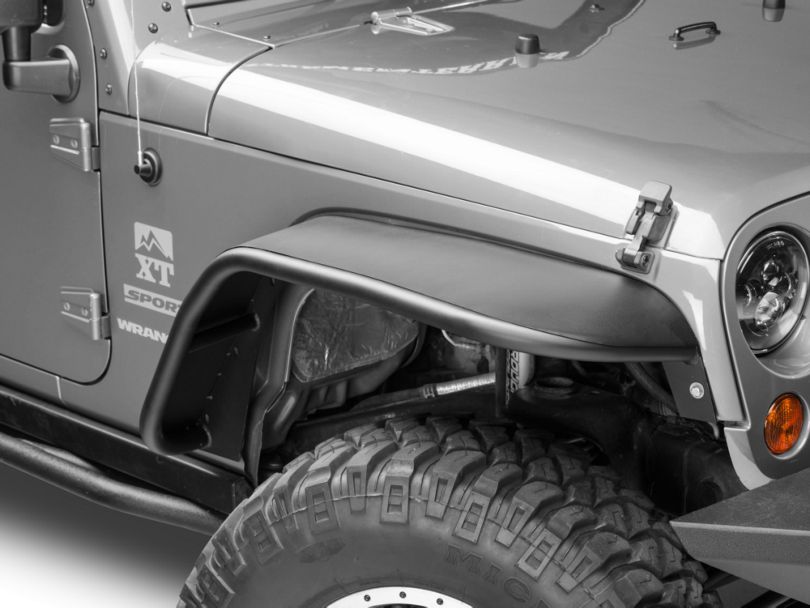