Item J100484
Close X
Enter Your Email to Save Products.
Saved to My List 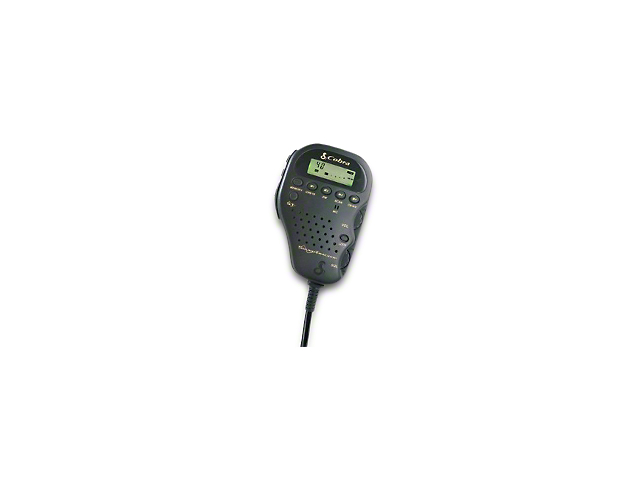 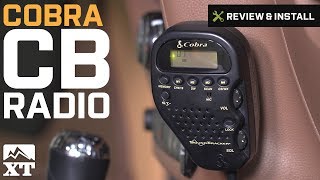 Build your Wrangler in 3D

Take your truck for a spin in our virtual build tool. Add some new gear to your truck!

Thank you for your interest. We are actively working to add new vehicles to our library.

This Cobra CB Radio is for those of you that have a 1987 and up Wrangler, and are looking for a radio that you can install in your Jeep very easily, not have a big, bulky CB radio sitting on the dash or in the center console. Something that you can hide away and that still has a ton of functionality. So getting this installed is going to be an easy two out of three wrenches. I give it an easy two out of three because there is some wiring involved, but overall this is a fairly simple process. Now, this radio is going to be more expensive than some of the other ones on the market, but you are going to get a lot of additional features with this radio as far as functionality goes. And probably the biggest feature of this radio is that the whole brains of the operation is just this little small box here that you can mount anywhere you like, hide it out of the way. And then when you want to be able to use your radio, all you need to do is attach the hand piece that has all of your controls on it, and also your speaker built right into it. When you don't wanna use it, you can unscrew it, hide that away and no one would ever know that you have a radio, which is really nice for theft protection.So the biggest feature of this radio is what I've mentioned already, that the brains of everything are just this small box here that you can mount out of the way, where you're never gonna see it. And then just have the handpiece when you need it, when you want to have your radio. Now, that is a very nice feature and that's the reason that a lot of people purchase this radio. But you are getting a ton of features with this radio as well.This radio is gonna be able to monitor two channels at once. You're going to, of course, get your 40 CB channels, but you're also going to get 10 different weather channels. This is going to have an easy one-touch button that will get you back to your emergency channel, your channel nine. This is also going to have some great noise cancelling technology built right into it, so other than just your squelch, which of course you're still going to have to adjust, you can turn that on and it will eliminate as much of the additional feedback noise through the speakers as possible, which again is just a really nice feature. This does have a lot of the features that a lot of you are looking for in a CB radio. Plus it has that compact mounting location and mounting specification, which is a very nice feature to have. So getting this installed is going to be an easy two out of three wrenches. I give it an easy two out of three, because there is some wiring involved, but overall this is a fairly simple process. If you're not comfortable with automotive wiring, you could probably figure this out because there are only two wires to the installation. However, if you'd rather take your Jeep to have it installed at a shop, you can certainly do that as well.Now the first step in this installation is going to be mounting the brainbox of this radio, and you can really mount that behind the dashboard, behind your glovebox, and your center console. Anywhere you want to, to hide it up and out of the way. From there you're gonna have to power that, and you do have a positive and a negative lead, and you're gonna want to power that directly from the battery if at all possible, because you want the cleanest power possible to that unit. That's going to eliminate any additional back-feeding, or any additional static that you might otherwise get if you pick up power through a switch or a resistor or anything like that. So, nice clean power directly from the battery if you can get it.Now, you do wanna be able to have access to this small wire that comes off of that brain, that's where you're going to hook up the rest of the radio. So make sure that it's not in a completely inaccessible location, but you can hide that up out of the way if you choose to. The next step is of course running your wire out to your antenna and hooking that up. And as with any radio, you are going to have to use a SWR meter in order to tune this so that you can use it safely and effectively.This radio will run you right around $135, but I do think that's still a very fair price for the features that you're getting and the ability to remote mount this system so you don't have to figure out where you're gonna put a much larger CB radio. If you are looking to spend less money, but be able to communicate over CB, there are some less expensive radios out there, they're just gonna have far fewer features.So if you're looking for a radio that has a ton of bells and whistles and the ability to remote-mount it up out of the way, I definitely recommend taking a look at this Cobra CB Radio that you can find right here at extremeterrain.com.

Specs. Cobra's 75 WXST CB radio is a great choice and has all the features you need in a high performance CB. When you're off-road you never know what can happen and it is important to be prepared.

Construction. This CB radio has a built-in NOAA radio receiver, so you can have constant access to emergency channel 9 or information channel 19. There are also 10 weather band channels available no matter what time of the day. In addition you get 40 CB channels, so you have all the coverage you need. You can also monitor two channels at once with this CB's Dual Watch function. The LCD display is easy to read, and the SoundTracker feature keeps transmissions clear by reducing 90 percent of outside noise. The radio installs easily with its remote mount system and is covered by a 2 year limited warranty.

No Deductibles Required. There are no deductibles required for use of this extended product warranty. If your covered part fails within the extended warranty time from, simply call the program administrator at 1-844-870-4881 for instructions before any repairs or replacements have begun. Additional contact details and instructions will be included in your confirmation email.

Nuno P, 2013 Jeep Wrangler JK Sr. Customer Experience Specialist
Originally from Portugal, and that’s where I started my passion for Off-roading, as soon as I got my DL, I would grab my Dad’s Shop 4x4 truck and take it off road, bumpers, snorkel and armor on that truck were all hand made at my dad’s shop, traveled all over mountains of Portugal with that truck. S...
Previous Slide Next Slide SEE ALL PROFILES