Correcting bumpsteer will make your ride safer and more enjoyable. Extremeterrain carries the suspension parts you need to get your JK back on track.

Bump steer is a dangerous phenomenon, but it can be fixed. Knowing what it is is half the battle. The other half? Diagnosing the malfunctioning part, and fixing your Wrangler's suspension.

What is Bump Steer in a Jeep

Bump steer is what it sounds like, its when you are driving down the road and when you hit a bump your Jeep tries to change direction. Now for obvious reasons this can be quite dangerous, especially if you are on the highway two feet from the median. Now even though bump steer typically isn’t as bad death wobble, its usually a good thing to get fixed.

What to do when Experiencing Bump Steer in a Wrangler 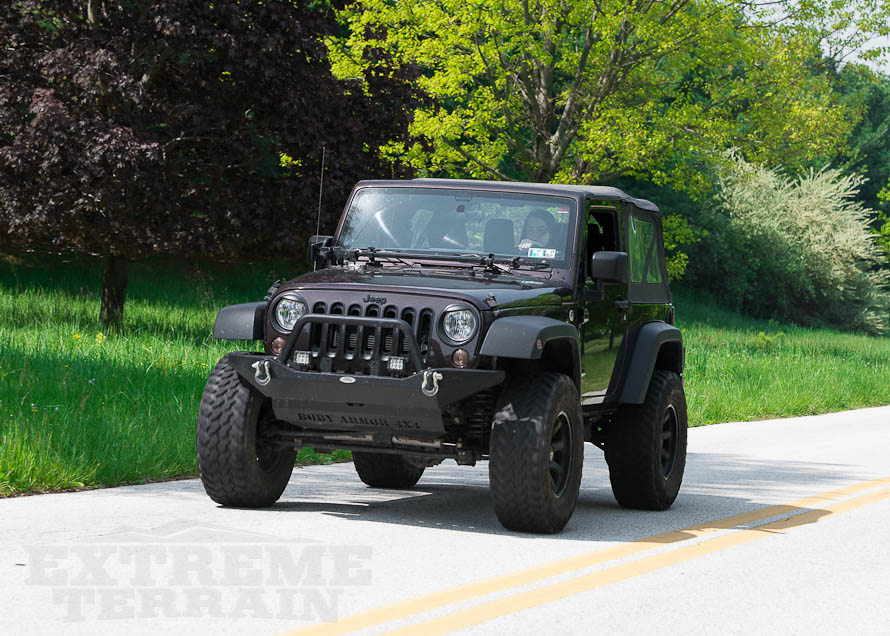 Causes of Bump Steer in a Jeep

Bump steer is typically caused by one of two things, lifting your Wrangler incorrectly or loose, broken, or bent suspension components. Improperly lifting your Wrangler doesn’t just mean installing something wrong, it mainly refers to the angles of your steering and suspension components. The angles that matter in this situation are the angles of your track bar and drag link, on a stock Wrangler, these two will be parallel to each other. When you add a lift kit to your Wrangler, you are changing the geometry of your Wrangler’s suspension and you need to adjust your steering components to keep your angles in check. To return these angles to the correct setting you may need a new bracket and or an adjustable version of the component that is not at the correct angle.

YJ with a 4in. Suspension Lift

A common misconception about bump steer is that it can be fixed with a steering dampener, this is not the case, this is only a temporary solution and simply masks the issue. The best way to solve the issue is by getting underneath your Wrangler and inspecting your steering components, checking for bent or broken track bars and drag links. The second thing to check is that the track bar and drag link are as parallel as possible, if they aren’t then this will most likely be the cause of your bump steer. If you installed a dropped track bar mount a dropped pitman arm could possibly help correct your steering geometry.