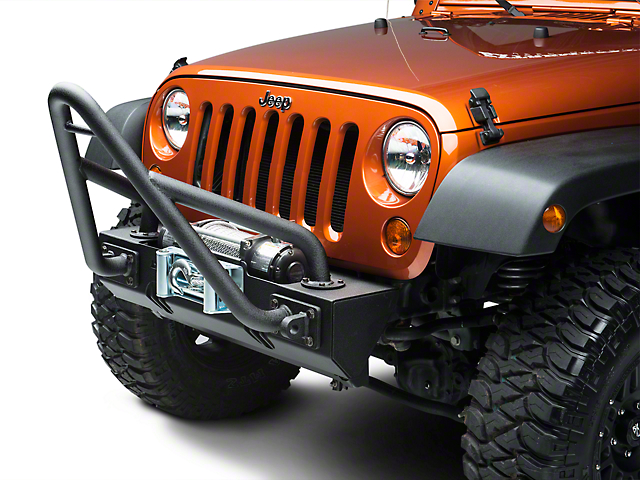 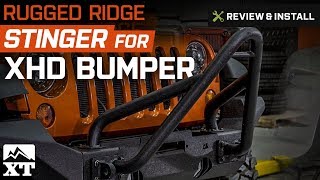 Bumper Construction. Rugged Ridge’s XHD Stinger transforms your Wrangler's XHD stubby bumper into an aggressive stinger bumper ready to take on the trail. This modular accessory offers full protection while combining the ease and efficiency of the modular XHD bumper. You’ll be ready to rock with full welds and 3 inch tubing finished in the same trail tested black powder coat as your bumper base.

Bumper Specs. This aggressive look packs a massive punch, with .120 walled tubing this bad boy weighs in at 44 lbs. Its hulking mass is sure to protect you against even the fiercest of obstacles. Don’t worry though; this stinger won’t interfere with recovery as it offers proper clearance for your winch. Built in D-rings mounts are bolted direct through your XHD’s front frame mount, so you’ll have all the security you need to get you out of the tightest of spots.

Please Note. The Stinger cannot be used in conjunction with Aluminum XHD model. XHD specific D-rings will not mount to this Guard.

Reviews of Rugged Ridge Exterior products have an average rating of 4.5 out of 5 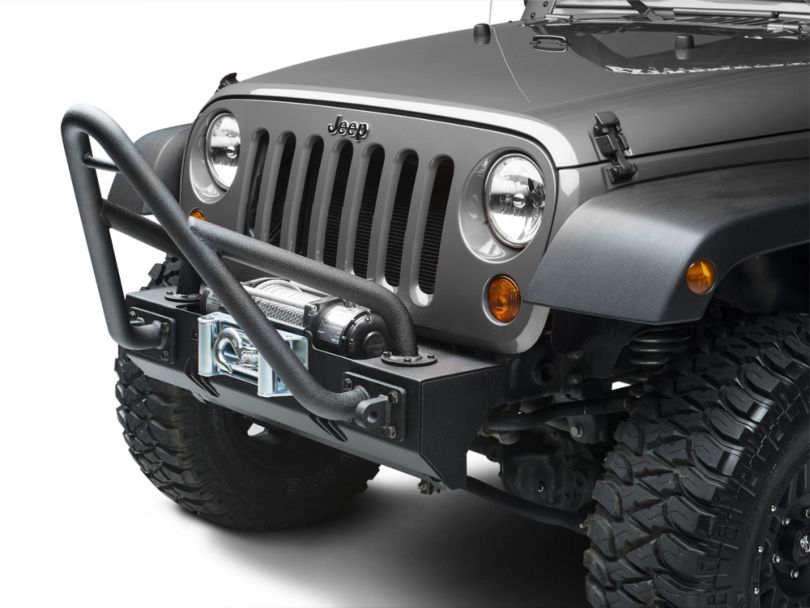