Just as 2014 Jeep sales are set to get underway, new details regarding the next generation of Wrangler rumored to debut in 2017 are coming out. CEO Mike Manley hinted strongly that Chrysler’s new EcoDiesel V-6 very well may find its way into the new Wranglers as an option for 2017.

So, What's the Diesel?

While diesel Wranglers have been available and sold on the European scene for some time, this would be the first diesel drinking powerplant put into a Wrangler and sold on North American soil. The motor is no slouch, either. Chevy’s bout into the economy diesel market is represented by a V-6 3.0-liter diesel engine making 240 horsepower and over 400 foot-pounds of torque. That’s a whole lot of off-roading power and a bright spot for the die-hard wheelers who will thoroughly refuse any Jeep offering that might be a less capable 4×4, regardless of fuel efficiency. Speaking of efficiency, the EcoDiesel expected to be seen in the new Wranglers also happens to be the same motor in the 2014 Grad Cherokee, earning 21 mpg/city, 30mpg highway for the 4×2 models, and 20/28 mpg for 4×4 models while being able to tow over 7,400 pounds. In the Wrangler frame, those numbers are mighty inciting while still providing ample torque for weekend wheeling.

When asked about the new Jeep Wranglers moving toward smaller, turbocharged motors: CEO Mike Manley – “Potentially. As you know, petrol turbo in extreme off-road circumstances doesn’t actually help you because the turbo’s not with you, so we have to make sure that we have the right torque to deliver the capability, That’s why diesel is great for something like Wrangler.” 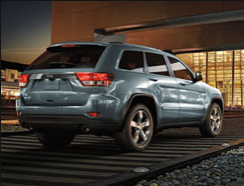 The 2014 Jeep Grand Cherokee is setting America up for a diesel Wrangler as an option for the next generation, 2017 model year. While this “rumor” is all but confirmed, whether or not the Grand Cherokee is a success itself is still to be foreseen. After a 21% increase in Cherokee sales from 2011-2012 to a high of 155,000 units, the 2014 models experienced a price increase over 2013. This is a definite cause for concern as many consumers complain of Jeep’s fee hikes as pricing them out of the market. If or when the EcoDiesel comes to the US under the hood of a Wrangler, keep your eyes peeled for a decent price hike. The lingering question is – If the new Wrangler is offered with the EcoDiesel V-6 and comes with a significant price hike (say, $5,000), would you still buy one?