2005-2019 Tacoma Interior Changes Through the Years 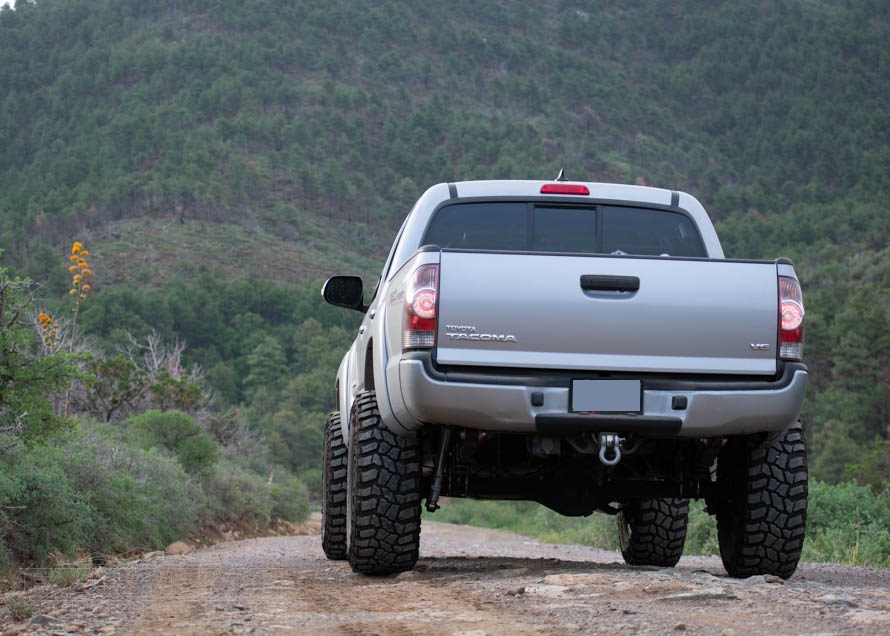 It’s ironic that most of our aftermarket upgrades go to the exterior or under the hood of our Toyota and not the interior even though the interior is where we spend most of the time in our trucks. It’s one of the reasons the third-generation model introduced greater interior space and a more intuitive technological panel. Much of the evolution of the Tacoma’s interior features can be traced back to its initial engineering in 2001, when the second generation began its first test runs. Here, we’ll go over changes to the Tacoma's interior throughout the years and what that means for your make and model.

Your Tacoma might look great on the outside, but what about the inside? Sprucing up the interior of your truck can range from adding color-changing LEDs to subtle billet trim pieces. Some solid upgrades include seat covers, locking center consoles, and higher quality speakers.

The brand new Toyota Tacoma was unveiled at the Chicago Auto Show in 2004 with a completely redesigned interior and exterior. Despite the new exterior trims and 4.0L engine of the new Tacoma, the interior was surprisingly roomier and much more streamlined.

With three different cab configurations and two interior color options, the redesigned Tacoma featured much of the same interior features as the previous model, but with loads more in terms of customization and aftermarket compatibility. Standard on the new Tacoma were two cup holders, a new stereo/CD system, and a new LED dashboard cluster.

The next year, a cabin air filter was added to the 2005 model and the 2007 model saw the addition of a computerized braking system. The auto-LSD switch was discontinued on Tacoma trucks with VSC in favor of a VSC OFF switch.

The 2007 model was the first Tacoma to see significant improvements in the second generation’s interior. Newer and lighter audio speakers with neodymium were introduced and the cluster panel saw new improvements, such as a revamped TPMS sand RSCA system. New owners could choose between two new interior colors and spacious new cab options, such as regular cab, double cab, and extended cab.

The next major milestone that changed the course of Tacomas and Toyota forever was the financial collapse of 2008. After such, GM’s joint venture with Toyota ended, meaning that the Tacoma would undergo some pretty serious and demonstrative changes. Call it changes in technology or the industry, but these changes were reflected in the almost entirely redesigned 2009 Tacoma and X-Runner models.

The biggest changes to the 2009 model, was the introduction of a wide range of safety features. Earning a 2009 IIHS Top Safety Pick rating, the Tacoma came with standard seat-mounted and curtain side panel airbags. The slip differential on the braking system now used the “Auto-LSD” function to make the drive a little smoother and more comfortable for Tacoma owners.

Aside from the option to access satellite radio systems from the Tacoma’s JBL audio system, the 2010-2011 Tacomas didn’t see any major upgrades in their interior.

Along with this, a number of additional improvements were made including a new CANBus speedometer, HomeLink garage door opener, as well as JBL displayhead audio unit with bluetooth availability.

The 2013 Limited Options featured JBL Premium Audio Navigation, as well as heated front seats to offer the first truly luxurious compact pickup truck on the market. Two-thousand fourteen saw the Display Audio head unit incorporated into the dashboard on all standard models, as well as a complete rearrangement of the steering wheel buttons panel.

This new Tacoma also saw the transition of the rearview camera to the Display Audio head unit for even more comfort.

Finally, the third generation Tacoma changed the market forever. With a new bold exterior trim and more space available in the interior, compact never felt so comfortable. Better insulation and the new dual-climate control made the Tacoma one of the best all-season trucks on the market. The TRD Pro model also became a popular option among Tacoma owners with its off-roading capabilities and bold, new interior look.

Yes, you can tell a TRD Pro apart from other Tacomas by its emblazoned emblem on its leather seats, floor mats, and shift knob. The TRD Pro also featured a completely redesigned center console for more room. Mostly though, the third generation Tacoma’s interior was simply a slow evolution of the second generation’s improvements. New climate control vents and shift level were introduced, but not made significant changes to the interior really occurred. Some new changes to look forward to on the new 2019 Tacoma include: