Find Seats & Hardware for your Wrangler 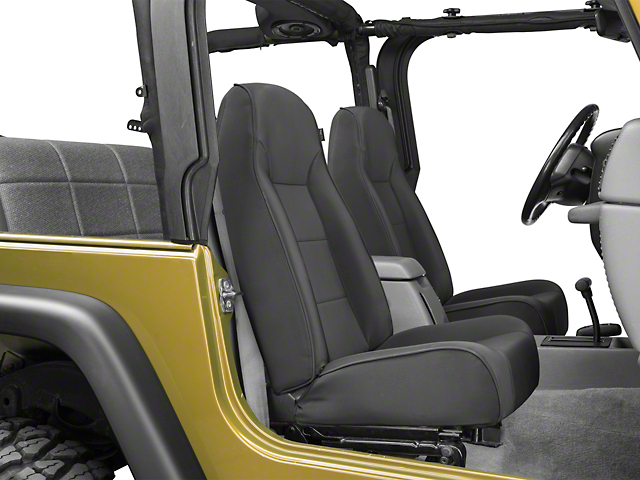 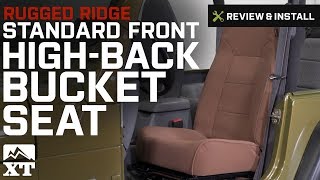 Function. Rugged Ridge's standard front bucket seat is an excellent example of why they're one of the largest leaders in the Jeep, factory replacement parts industry. This seat is built with a high quality, durable tubular steel frame which is then powder coated for lasting support. This seat also has heavy duty springs and firm padding that gives you the perfect balance between total comfort and total support.

Properties. You get tons of comfort with this seat thanks to the padding that is neither too soft nor too firm. This is a great replacement for seats that have worn out or been damaged as it's styled to be an exact replica of the original seats. Installation is a simple, direct bolt-on that utilizes the original mounting hardware though the 1997 – 2002 Wranglers do require either a Left Side seat adapter or a Right Side seat adapter depending on which side you plan to install this seat on.