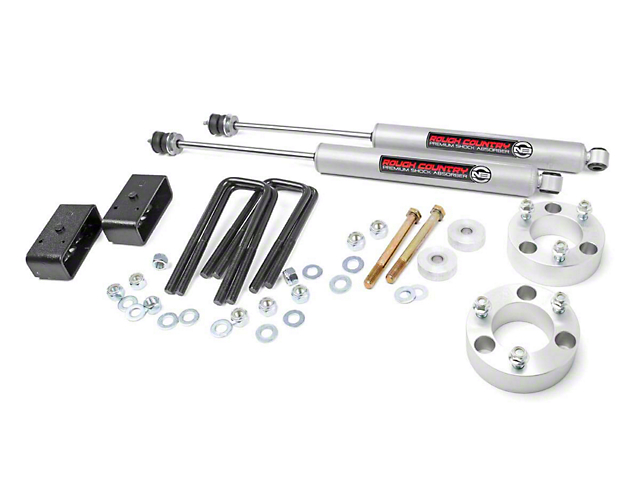 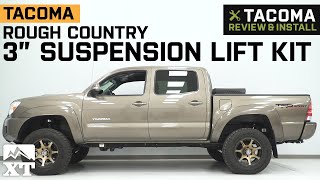 Confident Off-Road Stance. Give your Tacoma a commanding, off-road presence with customized comfort and optimum handling by upgrading to the Rough Country 3-Inch Suspension Lift Kit. With this system, you can install larger tire-and-wheel combos that will enable you to tread through various obstacles with ease, confidence, and a bolder sense of adventure

Professional Installation. This 3-Inch Suspension Lift Kit installs with mechanical expertise required. The components of this kit bolt to the factory mounting locations of your vehicle. This system also comes with all the hardware to complete the installation process.

Limited Warranties. A limited lifetime warranty is provided by Rough Country for this lift kit against factory defects in workmanship and materials. The shock absorbers are backed by a 3-year limited warranty. Some exclusions apply; please check the terms and conditions for complete details.

Application. The Rough Country 3-Inch Suspension Lift Kit is intended for use on all 2005-2020 6-Lug Toyota Tacoma models.

Reviews of Rough Country Suspension products have an average rating of 4.6 out of 5 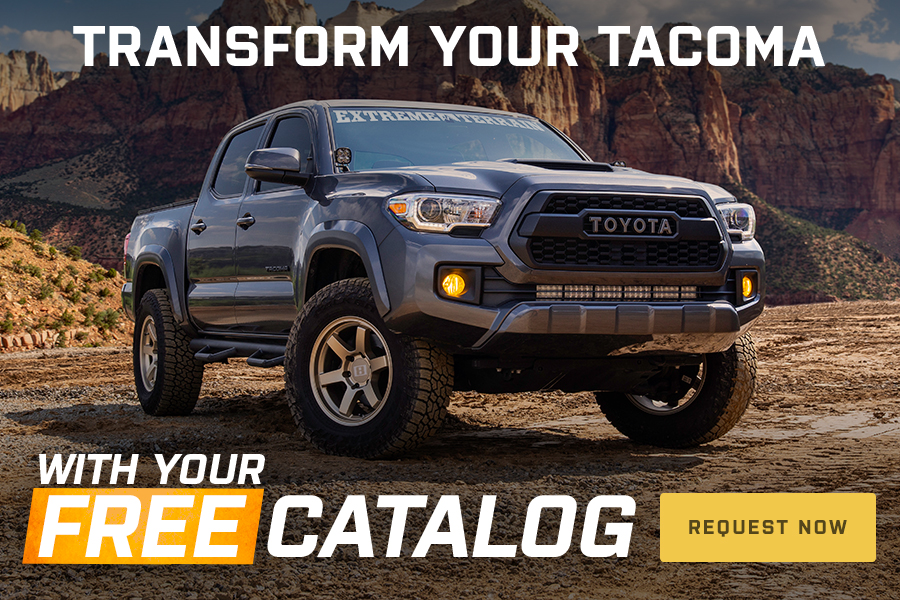