Picking the Right Set of Jeep Side Steps

Depending on how you use your Wrangler, you might want a side step that's more durable. Or maybe you're looking for a boost to help get you into your lifted rig. Perhaps a bit of both. The right step can save you and your Jeep from injuries while out on the trail.

A Jeep’s side steps serves several critical functions. As a result, there’s a variety to choose from. In this guide we’ll detail those functions and explore some of the most common options to help you determine which is the right choice. 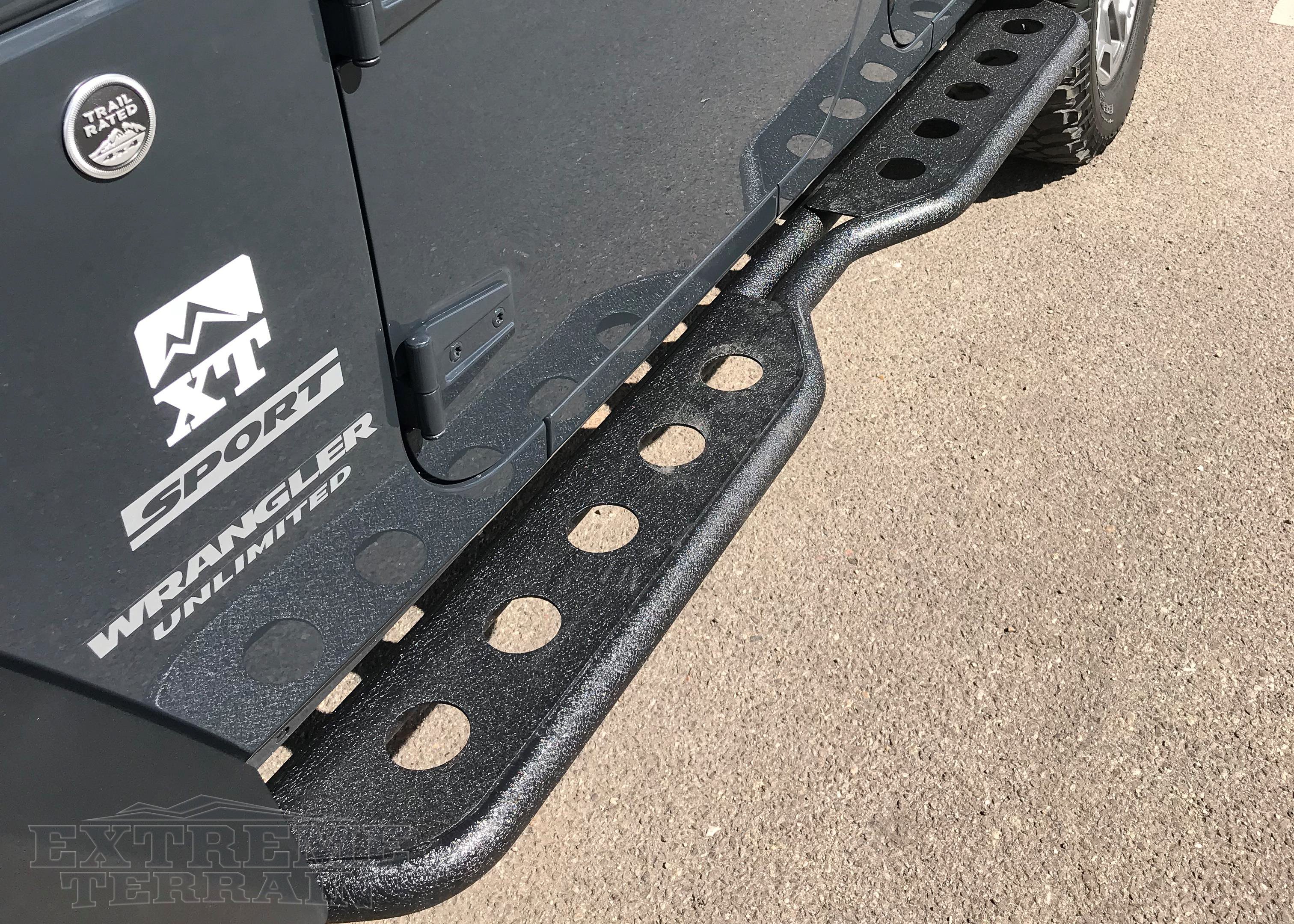 What are Rock Sliders?

Running boards or side steps are sometimes called rock sliders. The name is appropriately coined after their function, to slide or deflect off rocks or other hard/solid terrain you might encounter while on the trail. Rock sliders are often the most robust side step option. Often anchoring to the Jeep’s frame, these sturdy rails are constructed of heavy gauge steel and designed to sustain the weight of the Jeep on an obstacle. They are also rounded and set at a slight angle to allow the Jeep to slide off the obstacle or deflect any possible damage to the doors or sides.

Rock sliders can also be used as strategic contact points for spotters looking to steer drivers through a trail. Although they might sustain cosmetic damage, they are designed to absorb heavy impact with very little structural damage. A good example of a robust and angular designed rock slider is the Rugged Ridge Rocker Guards. These rails are mounted to the frame of the Jeep and are made of heavy-duty 2" x 0.120" steel tubing.

Due to placement, rock sliders are also great side steps to get in/out of your Jeep. The angular design adds a bit more vertical height to the stepping portion and since they are mainly designed for deflection. They rarely have a flat surface which could provide some traction issues in snow/muddy conditions. These are best suited for heavy trail use with extensive rock crawling. 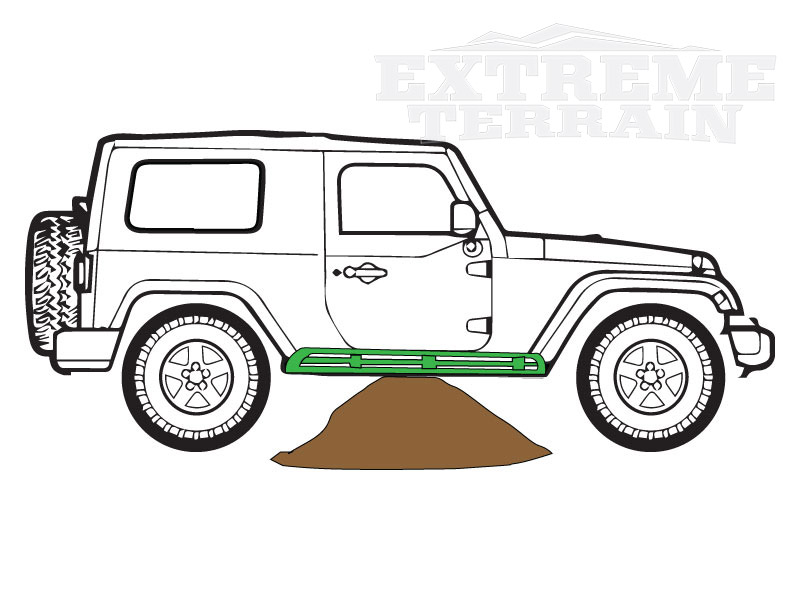 If you find yourself doing more overlanding or camping trails with little to no hard obstructions (rocks or tree trunks) but still need a platform to get in and out of your Jeep while still maintaining some form of side protection, then a set of side steps similar to the Barricade Extreme Side Steps might be a better solution.

VIDEO: Our Best Pick for JK Side Steps

Are You Looking for Just a Side Step? 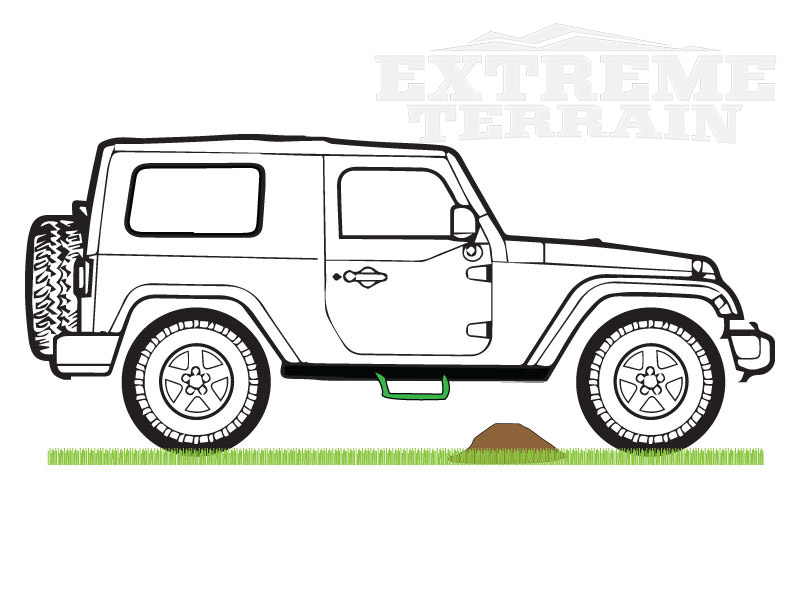