Item J104518
Close X
Enter Your Email to Save Products.
Saved to My List 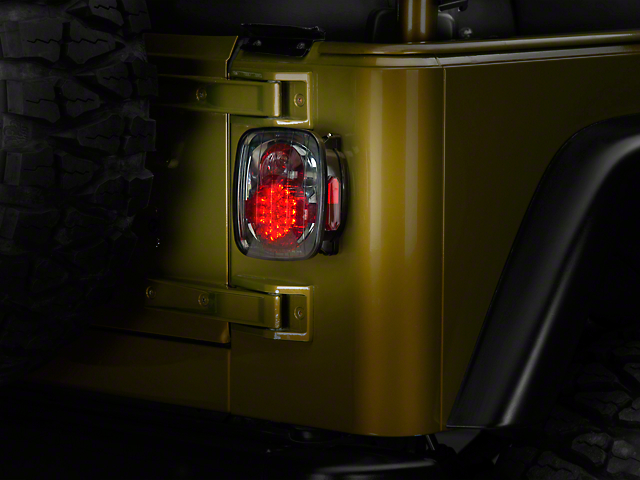 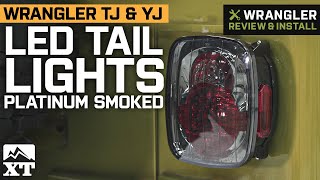 Smoky Silver Styling. These Platinum Smoke LED Tail Lights offer the perfect balance of a modern, ultra-bright tail light upgrade, with the slightly nostalgic shine of a platinum/chrome finish. It's all packed into a subtly smoked lens that creates a truly unique, striking tail light finish for your 1987-2006 Jeep Wrangler YJ or TJ.

Durable Construction. These lights are constructed with high quality housings and red lens covers that are weatherproof, durable, and measured to exact OEM fitment for an easy upgrade. Each light features 14 ultra-bright red LEDs for the running and brake lights, and 6 white reverse LEDs.

Simple Installation. These Tail Lights fit directly on your Wrangler with only minor wiring required. You will need to remove and reuse the factory connector found on the back of your stock tail lights and transfer it over to your new LED Tail Lights. Installation should take no longer than an hour, using basic hand tools.

Jim H, 2010 Jeep Wrangler JK Web Development
My dad would always take me trail riding in the Pine Barrens as a kid when I lived in South Jersey, so I’ve always been into four wheel drive trucks and Jeeps. When the time came for me to get a vehicle, I picked up an old Cherokee. I still have that old Jeep strictly for offroading, but after a few...
Previous Slide Next Slide SEE ALL PROFILES