The Jeep Wrangler and the Evolution of Its Fuel Delivery 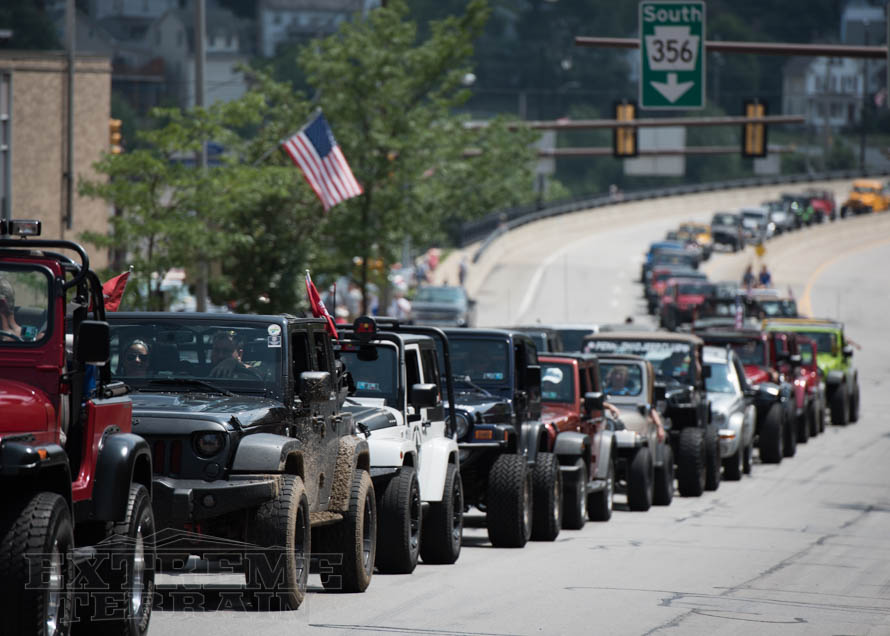 In any vehicle powered by an internal combustion engine, one will find a fuel system. These types of engines draw fuel from a pick up located in a fuel tank or fuel cell and deliver it to the engine where it is then ignited and the energy is harnessed to operate the vehicle. It sounds pretty simple, and in essence, it is. Naturally, as history progressed, vehicle technology has evolved to the modern age. The fuel system, in particular, has seen many changes over the years. With that in mind, we are going to take a look at the beloved Jeep Wrangler and the fuel systems it has used beginning from 1987 with the YJ platform through the modern-day JK.

When taking the road less traveled, it is important that you are confident that your Jeep has what it takes to power through the trip. With common modifications, such as heavy-duty bumpers, lifts and/or large tires, it is very easy to push your factory fuel delivery system to its limits. Upgrading the fuel systems allows your Jeep to properly recalibrate fuel delivery to keep you on the trail instead of being stuck on the side of the road.

In 2007, the all-new JK Wrangler arrived, along with new engine options over those found in the YJ and the TJ. The Wrangler was now available with two all-new gasoline powered engines: a 3.6-liter V6 and a 3.8-liter V6. Aside from changing the engine options, the fuel systems would receive some big changes as well. The same type of fuel system would return. Obviously many changes would be made to its componentry in order to keep up with the modern age of efficiency.

The biggest change to the fuel-delivery system would be the new cylinder deactivation feature. More power means more fuel, and cruising down the highway firing on all cylinders doesn’t exactly keep the fuel tank happy.

The JK’s engine doesn’t need to burn as much fuel if it’s keeping a consistent speed as it does to accelerate. So if you’re keeping a steady speed this feature basically shuts down two cylinders in your engine, providing better fuel economy. This gives you the power of a V6 when you put the pedal to the floor, but still offers the fuel economy of a four-cylinder for highway driving. It’s truly like getting the best of both worlds. 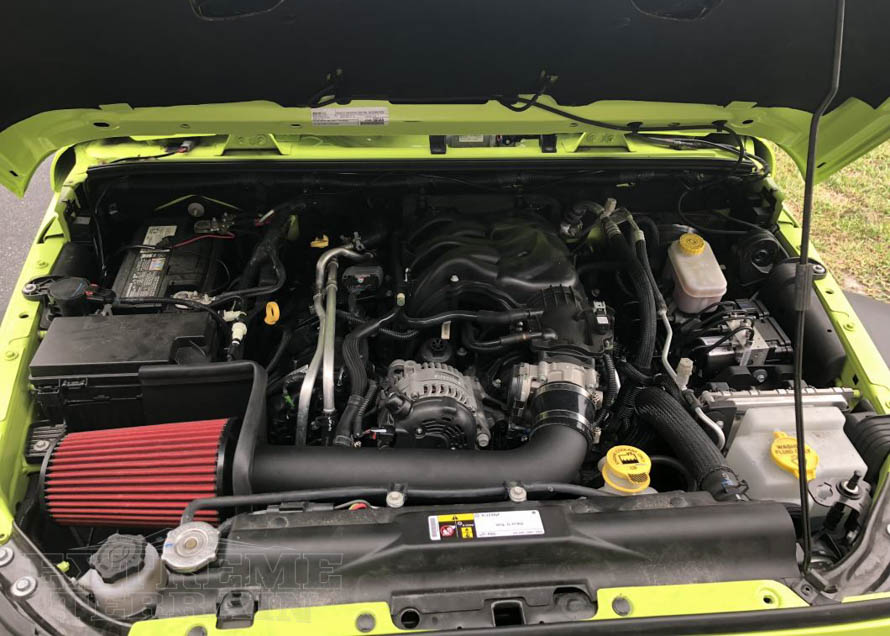 For the year 1997 the YJ design was put back on the shelf and Jeep introduced the TJ. Naturally, as this was the introduction of a new generation of Jeep Wranglers, the changes would be more than just a cosmetic makeover. For the TJ, the 4.0-liter engine size would return and a smaller 2.4 liter would be introduced.

Despite the engines changing in their design, the fuel system would essentially remain the same. That’s not to say it wouldn’t see any updates. The updates wouldn’t be as radical this time compared to when the carburetor was replaced. Instead, fuel injectors would become larger, and the intake-manifold, throttle body and cam-profile designs would change.  These types of updates helped the TJ’s engine produce more power and operate smoother. 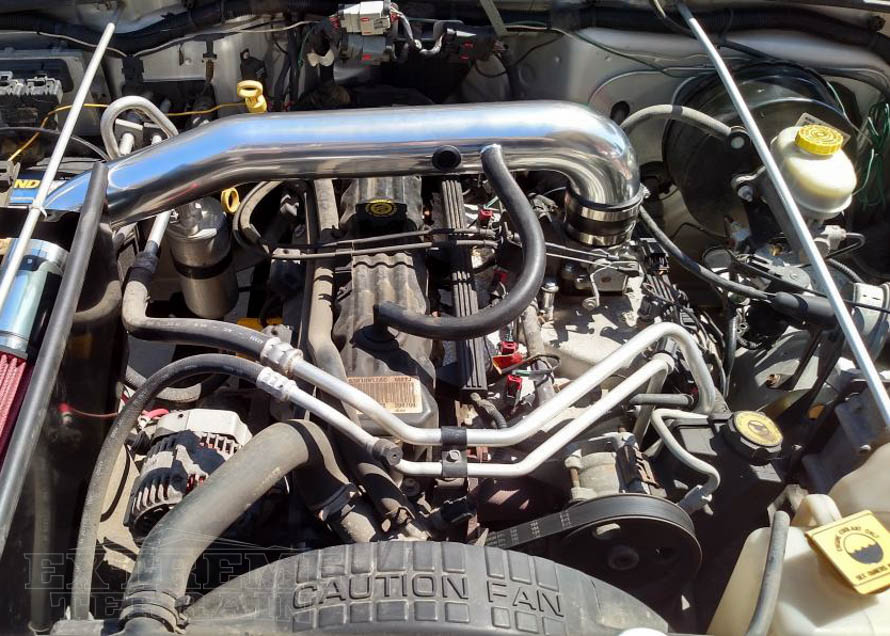 The YJ Wrangler was first introduced in 1987. It was available with either a 2.5 Liter inline-4 cylinder, or a 4.0-liter inline six, and from the years 1987 through 1990 both were provided with fuel by a carburetor.

If you’re not familiar with a carburetor, it’s nothing really intimidating. A carburetor, or carb, is a mechanical device that sits on top of the engine’s intake manifold. As you press down on the accelerator, multiple things happen at once. To keep it simple, the carb opens up a butterfly valve to allow the engine to draw in more air.
Simultaneously, the fuel pump feeds fuel into the carb, where it is combined with the air to create the fuel mixture the engine needs. The carb is feeding the fuel into the intake manifold where it is then drawn into each cylinder as the intake valves open. As the intake valve opens the piston moves downward in the chamber that creates a vacuum.

Carbureted fuel systems are very common throughout the history of the automobile, and they still have their place in the world today—and probably will for a long time. It is a mechanical system that relies on vacuum and air pressure. But carbs do have some ailments. As the 80s found its place in the history books, so did the carburetor (on modern production vehicles at least.)

Enter the 1991 YJ. Though it is almost identical to earlier YJ Wranglers the engine were instead fed with fuel injection.  Fuel injection works much the same as a carburetor. Its design is to combine fuel and air and deliver it to the engine. Though, when you pop the hood you could tell right away that there are some major differences. Instead of a single carburetor that feeds fuel and air through one opening in the intake manifold you will notice a throttle body in its place. Also, you will notice fuel injectors at the base of the runners on the intake manifold directly above each cylinder.

With a carb there’s only so much fuel and air in the manifold, and the cylinders closest to the carb tend to eat up more of this mixture than cylinders farther away. With this setup, not all cylinders are getting the same amount of gas, which obviously means there’s room for improvement. Enter fuel injection; as air moves through the body and into the intake manifold, it is drawn into each cylinder chamber. Just before it’s drawn into the chamber, a fuel injector mixes the fuel last minute making sure each cylinder is getting the appropriate amount of a fuel and air mixture.

The next biggest advantage is that after the fuel mixture is burned off, and the exhaust is sent on its way, an O2 (oxygen) sensor then picks up a reading of the exhaust and from the contents of the exhaust it can tell if the fuel mixture is too rich or too lean. With this reading the vehicle's computer system can then automatically make the proper adjustments, and you can spare yourself the time needed to dial your fuel system as you would with a carburetor. 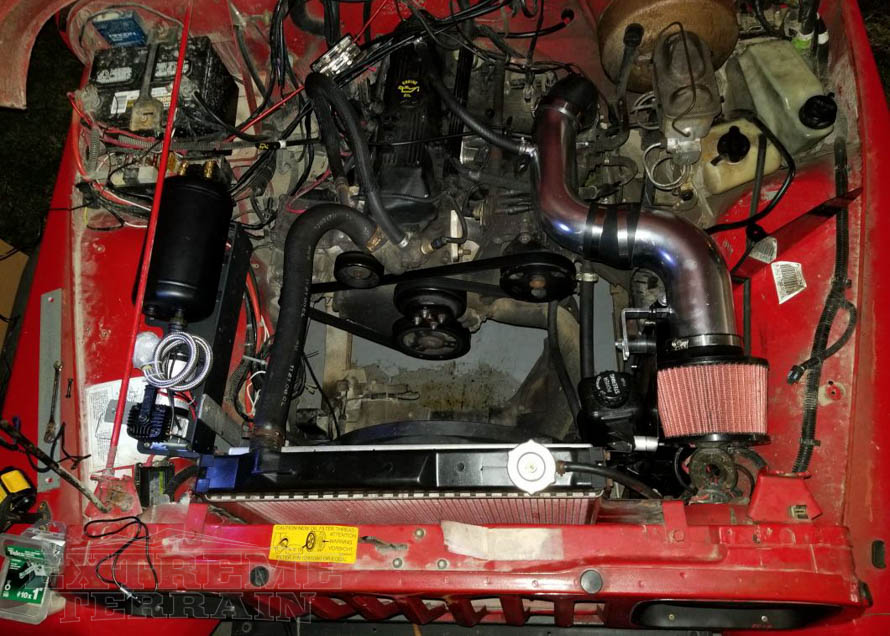