When Should I Upgrade My Wrangler's Exhaust

The exhaust is part of the engine’s breathing system, designed to take the exhausted fumes from the engine’s combustion process, filter and expel it out through the tail pipe. An aftermarket system will not only help your Wrangler breathe easier (thereby increasing power), but also gaining you a few MPGs. 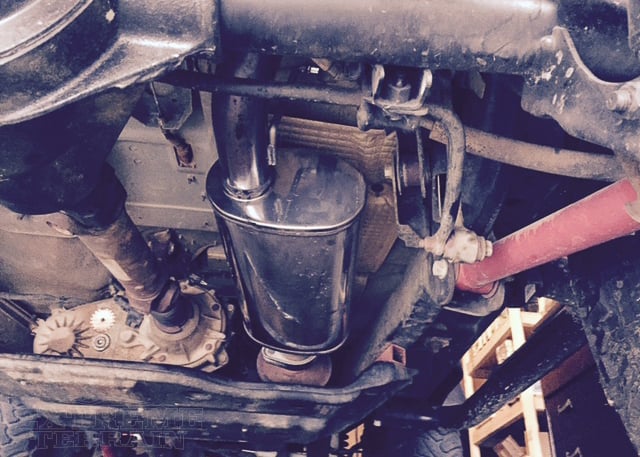 The Benefit of an Aftermarket Exhaust 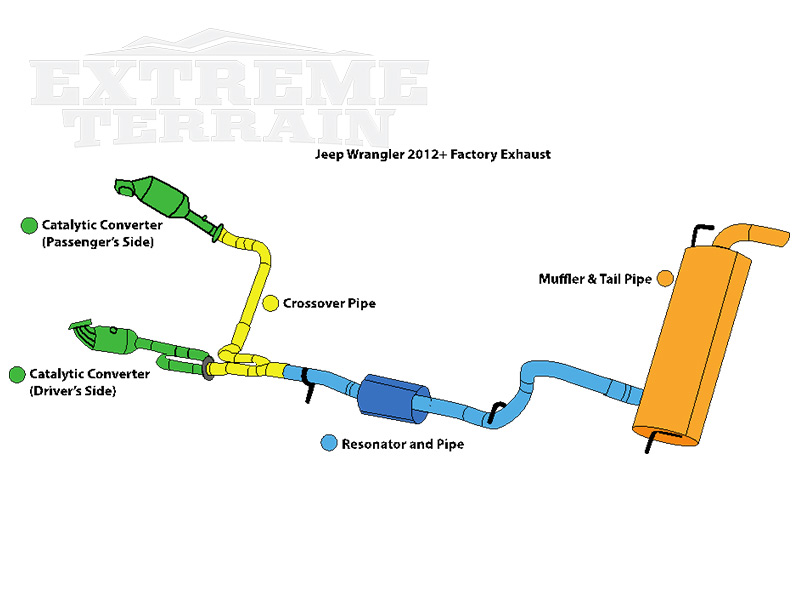 When to Upgrade the Exhaust

There are many different reasons why you should consider upgrading your Wrangler's exhaust. Some of the top reasons include:

A proper aftermarket Jeep exhaust will allow your Jeep to function the same or, usually, better in every situation – the only real downsides are the cost and the installation time.

Considering the environment your Jeep will be in most of the times will help in the decision between a high clearance or dual tip system.

High clearance systems tuck the exhaust up close under the body, often relocating the muffler forward (rather than keeping the stock position just under the rear bumper), providing extra space so that your Jeep's exhaust won't get damaged when rock crawling or driving on heavily rutted trails. Dual tip systems focus on exhaust flow and improved sound, instead, providing slightly more horsepower, torque and fuel mileage.

Weighing the pros and cons of each is the best way to pick the system suited to your Jeep Wrangler. 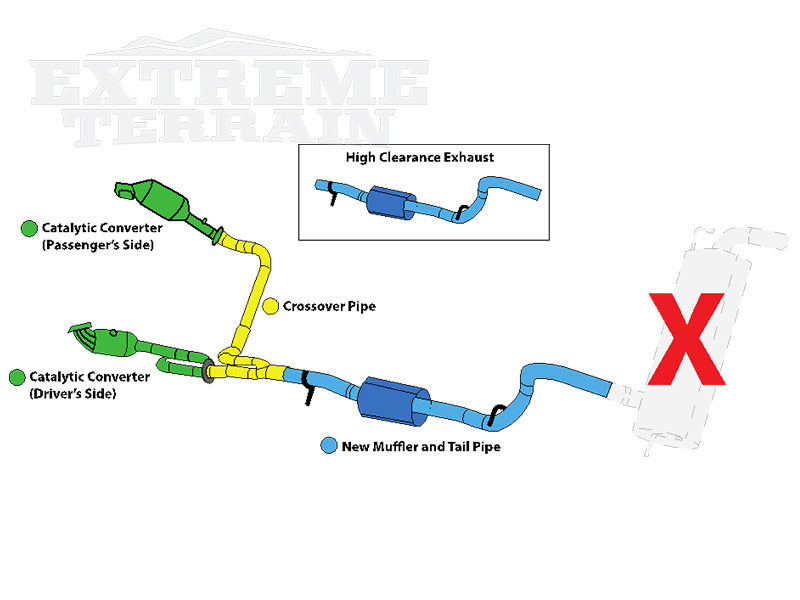 High clearance systems are made for heavy-duty off-road adventures. The exhaust system is moved up higher to avoid damage from rocks, stumps, brush, high centers, or while rock crawling. Magnaflow's Rockcrawler Exhaust line provides good examples of this type. 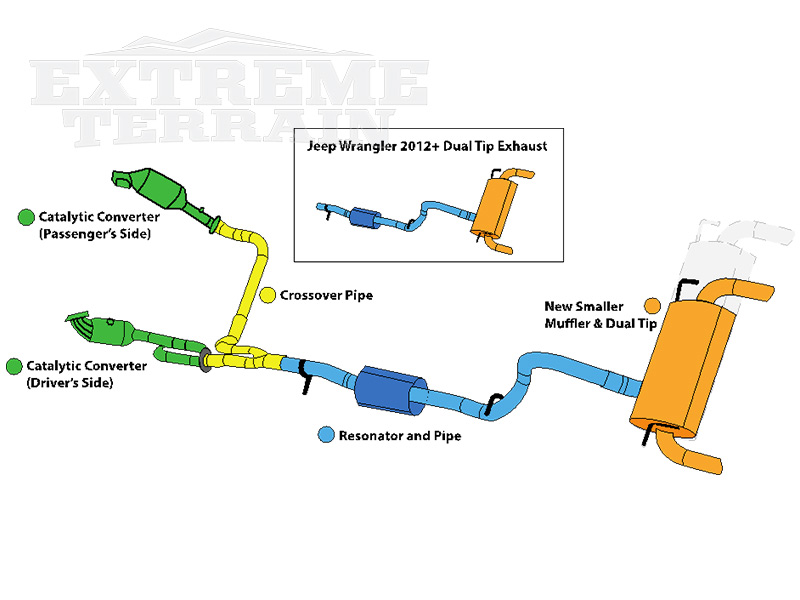 Dual tip systems are designed both to give your Wrangler a more balanced look and boost exhaust flow. They provide a deep, smooth exhaust sound that makes your Jeep sound great, too. These systems are great for street and track performance, though some are also made for moderately improved off-road clearance.

Exhaust spacers are frequently needed when you lift your Wrangler, especially if the lift is 3 inches or more. Modifying the suspension changes the geometry of the drivetrain and exhaust relative to each other. If the lift is more than 2.5”, the extremely hot Y-pipe on a JK Wrangler often comes into contact with the driveshaft boot. A melted and exposed boot can lead to loss of grease, introduction of sand/dirt and eventual failure of the driveshaft.

Exhaust spacers fit between the rear end of the headers and the front end of the crossover pipe, shifting the crossover pipe several inches back. This ensures the pipe won't contact the driveshaft boot, keeping the latter free from damage, while increasing front suspension travel. Spacers furnish a low-cost solution that can save you highly expensive driveshaft repairs or replacement. They are not a permanent addition, meaning it is easy to remove them if you choose to change the lift of your Jeep back to stock at a later date. 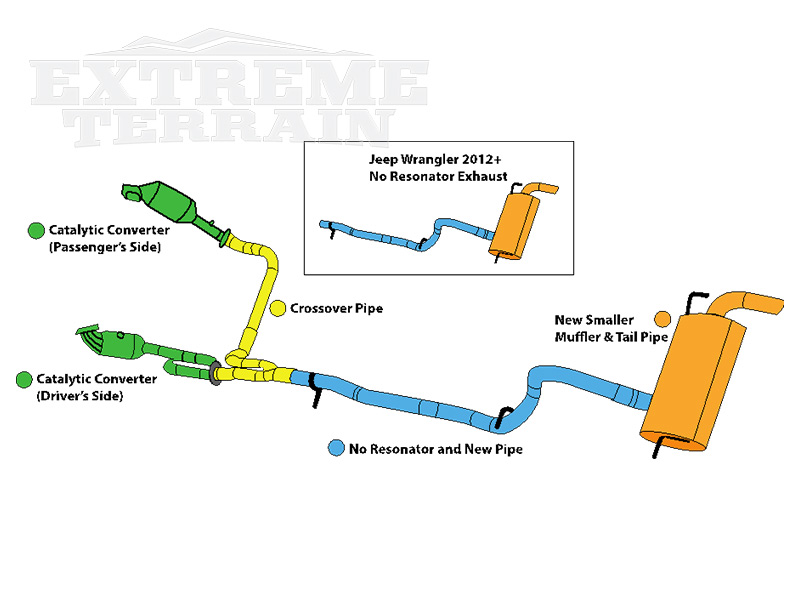 Cat-Backs that Get Rid of the Resonator

Non-resonated Wrangler cat-back exhaust systems, which represent most of the aftermarket cat-backs available today, delete the resonator in order to produce a deep, throaty sound plus freer flow of waste gasses. An alternative consists of a resonator delete, which involves removing the section containing the resonator and replacing it with a straight pipe without the resonating components.

Upgrading your Jeep with an axle-back or cat-back exhaust system will help your Jeep run better, avoid exhaust system damage during heavy off-roading, and last a long time without rust or corrosion. Working best as part of an overall upgrade, an aftermarket exhaust is one of the key pieces in building a Wrangler able to take on all the wheeling challenges you're eager for, while improving its sound too.

Ryan E, 2002 Jeep Wrangler TJ Marketing Coordinator
I have been into Wranglers since I was young. My dad has owned quite a few over the years and if I wasn’t in a lifted wrangler I was in something lifted. When I was old enough to drive I bought a Cherokee and went through 3 of them before deciding I wanted a Wrangler. So I sold my Cherokee and sat o...
Previous Slide Next Slide SEE ALL PROFILES