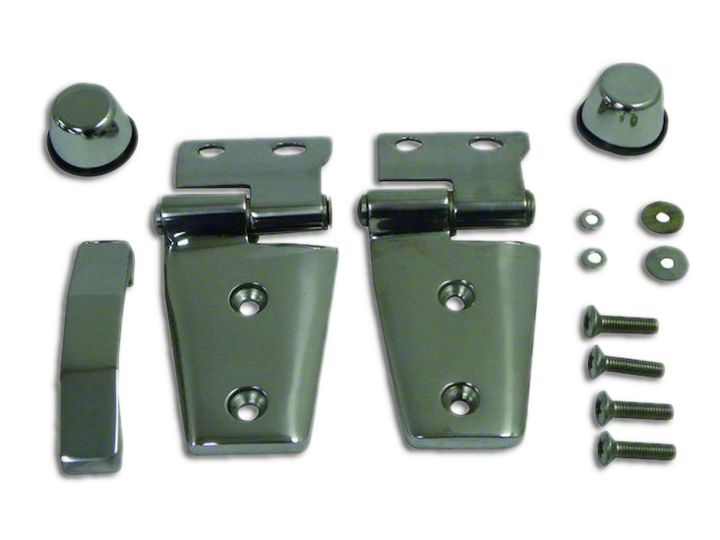 Ensure that all components in kit are accounted for. 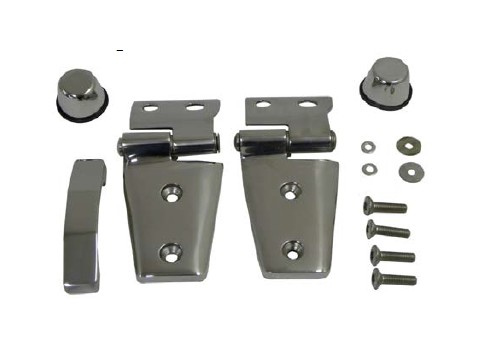 1. Remove the four Torx screws on the outside edges of the cowl cover, retaining for re-installation.

4. With the hood closed and latched remove the driver’s hood hinge. Retain the hex bolts for later use.

5. Clean the mating surface of the hood and cowl and install the supplied hood hinge using the provided Torx screws and the original hex bolts.

6. Repeat steps 4 and 5 on the passenger’s side hood hinge.

7. Ensure the hood fits as it should. Make any adjustments to the cowl side of the hinge to correct any fitment issues.

1. Remove the original hood stops by pushing or pulling straight up on them. Clean the mating surface of the hood after removal.

2. Screw the supplied sections of threaded rod into the bottom of each replacement hood stop. Tighten using a small flathead screwdriver.

3. Install the replacement hood stops onto the hood using the supplied nuts and washers and tighten.

1. Remove the original footman loop by removing the nuts underneath the hood. Clean the mating surface of the hood after removal.

2. Screw the supplied sections of threaded rod into the bottom of the footman loop and tighten using a small flathead screwdriver.

3. Install the replacement footman loop onto the hood using the supplied nuts and washers and tighten.