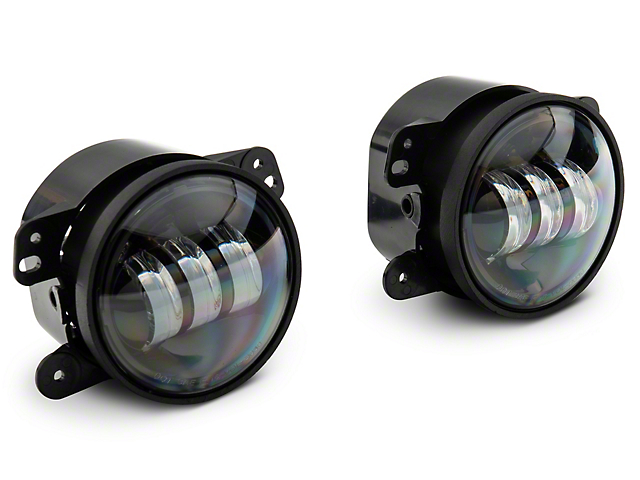 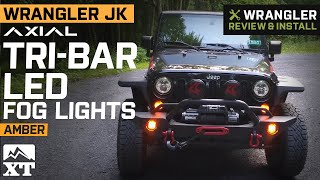 Function and Style. Upgrade the appearance and visibility of your 2007-2018 JK Wrangler with a pair of Axial Tri-Bar Amber LED Fog Lights. These Axial Fog Lights have high output amber LED lighting that will certainly be much brighter than your factory incandescent fog lights allowing you to clearly see the path ahead in the thickest fog.

Durable Construction. Manufactured to perform in the harshest conditions, these Axial Fog Lights feature a rugged aluminum housing with a clear polycarbonate lens. Each Fog Light is epoxy sealed to prevent moisture from harming the state of the art electronics found inside. These Axial LED Fog Lights have a lifespan of 50,000 hours and a IP68 rating making them perfect for use on dusty and wet trails.

Plug and Play Installation. Axial designed their 4-inch LED Fog Lights to be a direct plug and play replacement for your JK's original factory fog lights. With the included wiring harness adapters, installation can be completed in under 1 hour.

DOT/SAE Compliant. These Axial 4-inch Round LED Fog Lights will not only improve the appearance of your JK, but they also meet or exceed the strict guidelines set forth by the U.S. Department of transportation (DOT) and the Society of Automotive Engineers (SAE) making them DOT and SAE compliant.