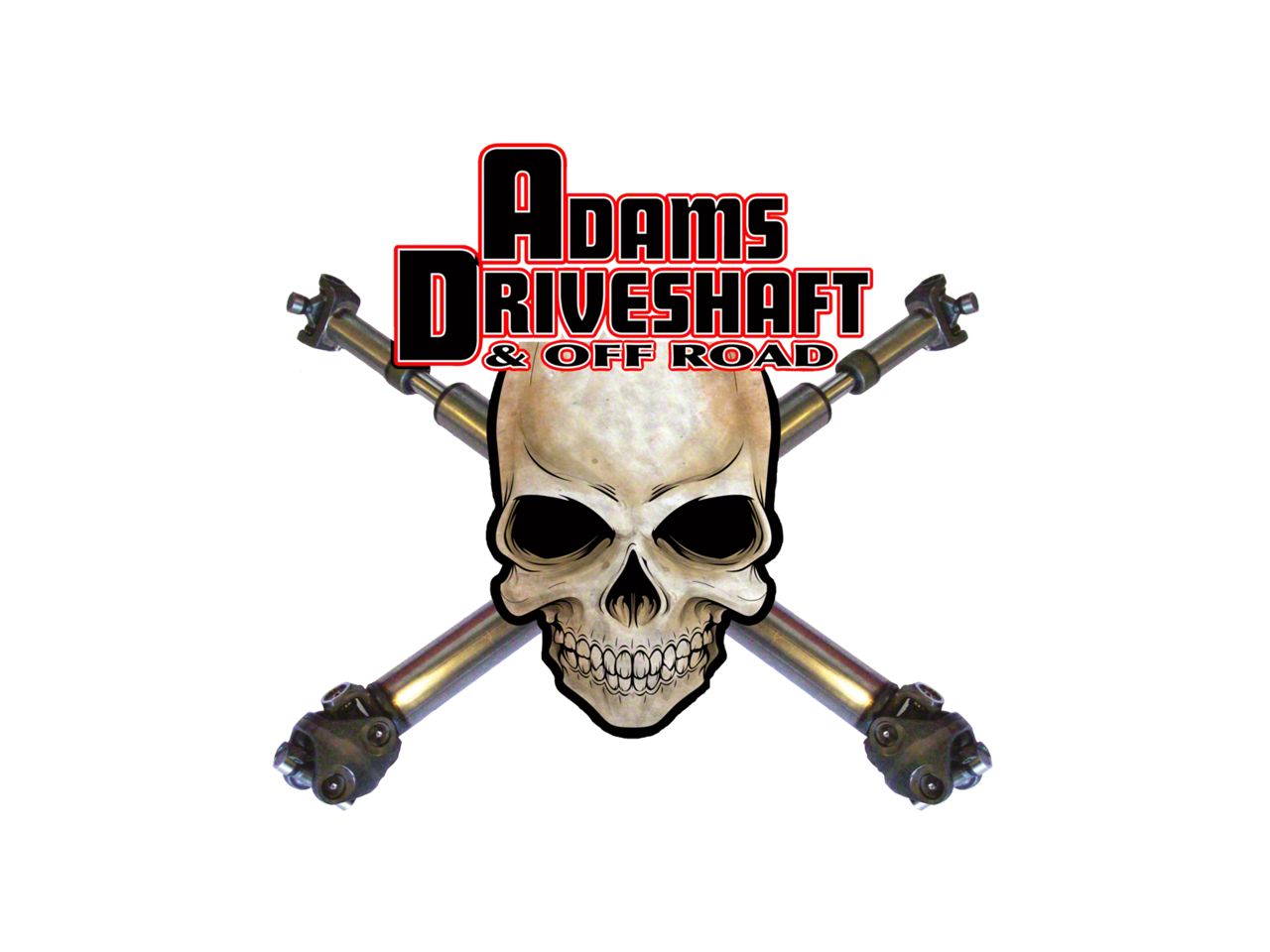 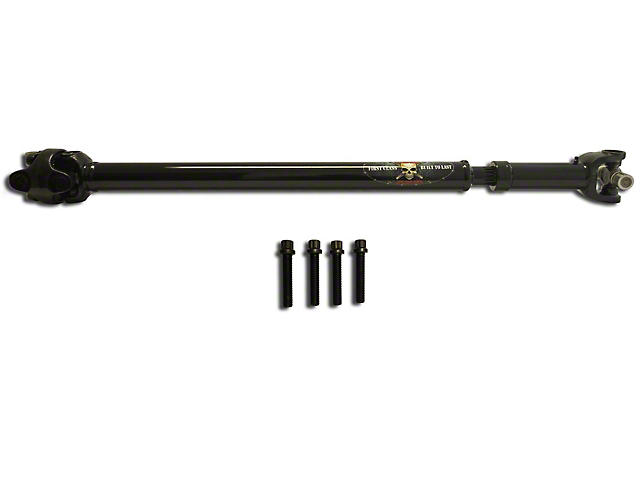 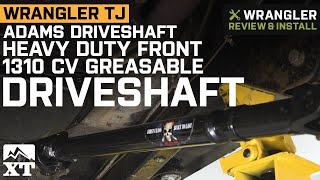 Smoother Performance. Replace that worn front driveshaft on your lifted Jeep with an Adams Driveshaft Heavy Duty Front 1310 CV Greasable Driveshaft for more strength and a better operating angle. Featuring a heavy duty CV shaft and greasable u-joints, this new front driveshaft offers less vibration for a smooth driveline performance, even with tires up to 35 inches. It is custom made for your 1997-2006 Wrangler TJ with 0-6 inches of lift.

Heavy Duty. This Front Driveshaft has heavy duty tubing to satisfy even the most avid off-roader. The all-encompassing kit features a superior-grade 1310 CV shaft with a 2 inch x 0.120 wall thickness, Spicer greasable 1310 u-joints, and an American-made front 1310 transfer case output shaft yoke. Adams Driveshaft even includes a set of Grade 10 CV bolts in this system that is made to endure the extra stress that comes with bigger wheels and tires.

Lifetime Warranty. Adams Driveshaft warranties the Front Driveshaft against broken welds and twisted tubing due to torque for their lifetime. The remaining components have a 1-year limited warranty against defects. For details on exclusions (and inclusions), please see the manufacturer's website.

4.8 out of 5 overall rating from 18 customers
Reset

I have a 4.5" spring lift with a 1" engine/trans and body lift. I have also pushed the front axle forward 1.25". Is this shaft slightly longer than stock? 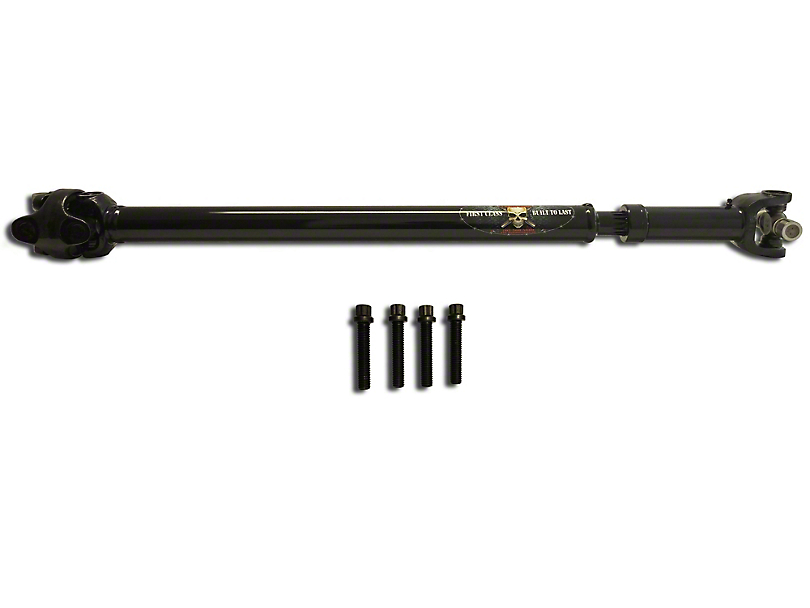