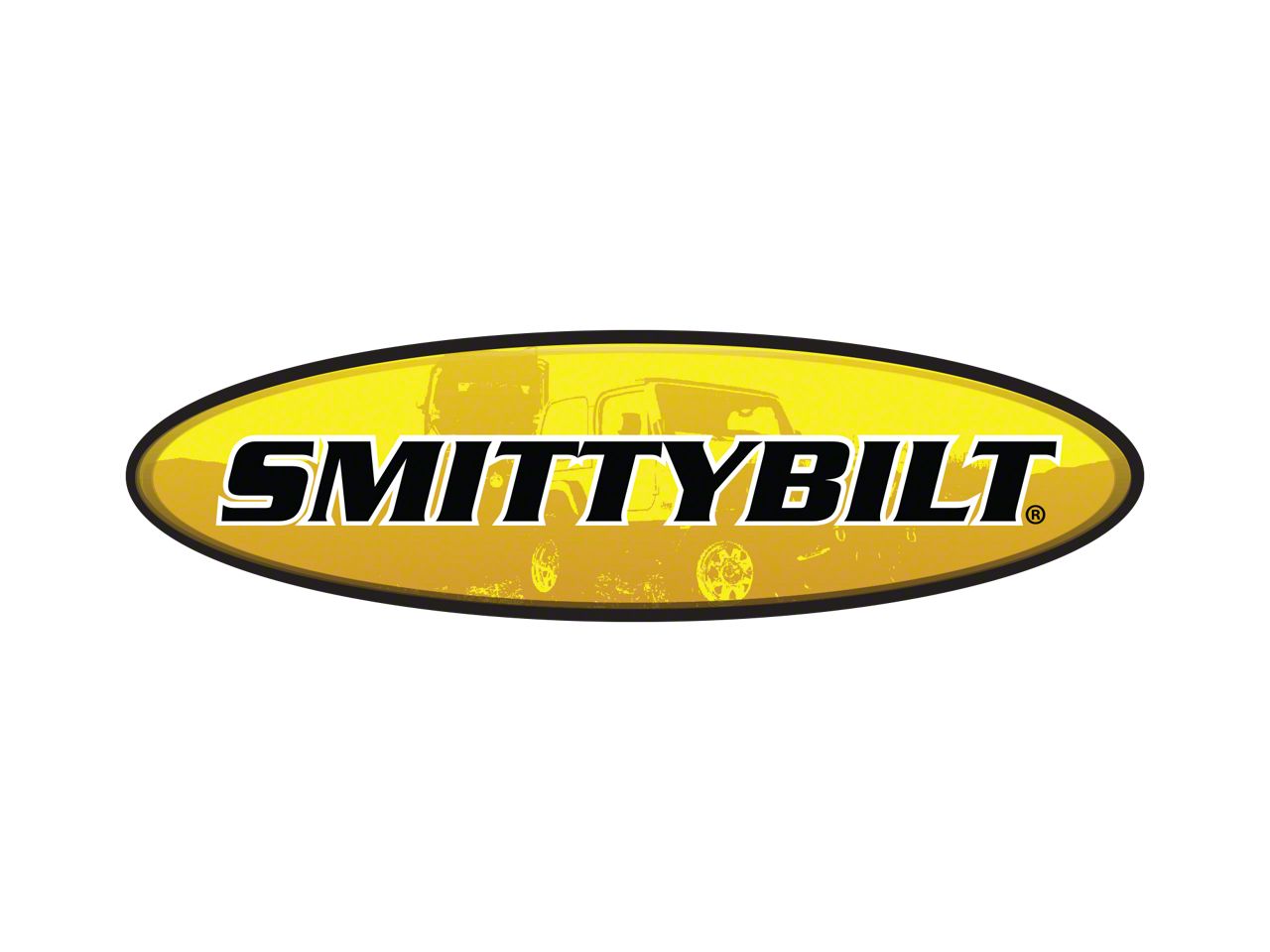 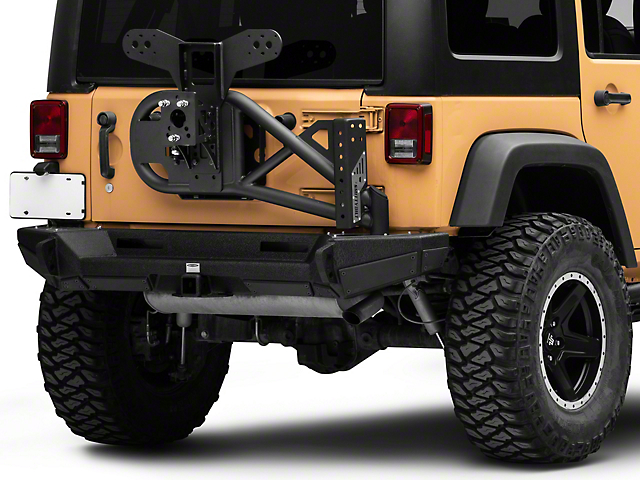 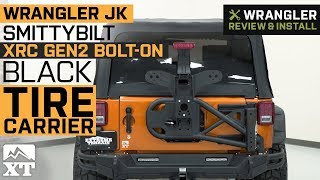 Back Cancel Next Don't see your  ?
Change Wrangler details
Checking Fitment...
Finished!
Select a different vehicle Help?
Close
Update or Change Vehicle
In Stock
Sorry, please enter a valid US or CA postal code
We're sorry, zip can't be updated at this time.
Add to Cart
Close X
Enter Your Email to Save Products.
In Stock
View Open Box Items
Save for later
Create a list
Add to New List

Form and Function. Upgrade your Jeep Wrangler’s spare tire capacity with this Smittybilt XRC Gen2 Bolt-On Tire Carrier - Textured Black. It lets you carry a larger spare tire, so you’ll never be stranded with a flat. This carrier is designed for use with XRC/SRC GEN2 and 10th Anniversary Jeep bumpers. It has CB antenna and Roto Pax mounts for added convenience, and its rugged design enhances the look of your Jeep.

Dependable Craftsmanship. This durable tire carrier has 3/16-inch, cold-rolled steel construction, so you can rely on it for lasting performance and uncompromising strength. The matte textured black finish on this carrier safeguards against rust and corrosion, while adding a tough look to your ride.

Direct Installation. Installing this individually sold tire carrier is a straightforward process, thanks to its direct bolt-on design. There’s no cutting or drilling required; all you need to complete the installation is basic hand tools.

Warranty Details. Smittybilt backs this tire carrier with a 5-year warranty. Refer to the manufacturer’s warranty documentation for complete information about coverage and claim filing.

4.7 out of 5 overall rating from 3 customers
Reset

how much does this and the Gen2 bumper weight together?

Helpful (2) Thanks for your input!

Will this work with the smittybilt xrc gen 2 rear for the jl rubicon?

I already have this bummer and gen2 bolt-on tire carrier installed. Can I add the smittybilt defender tailgate basket to this set up. Is their room to mount both without modification?

Will a 40 with a 8 lug pattern fit on this bumper/carrier setup? 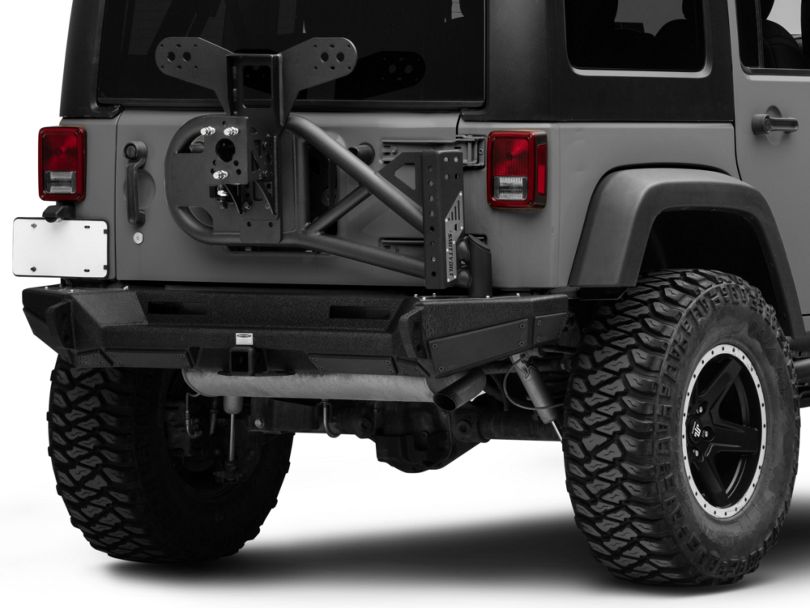