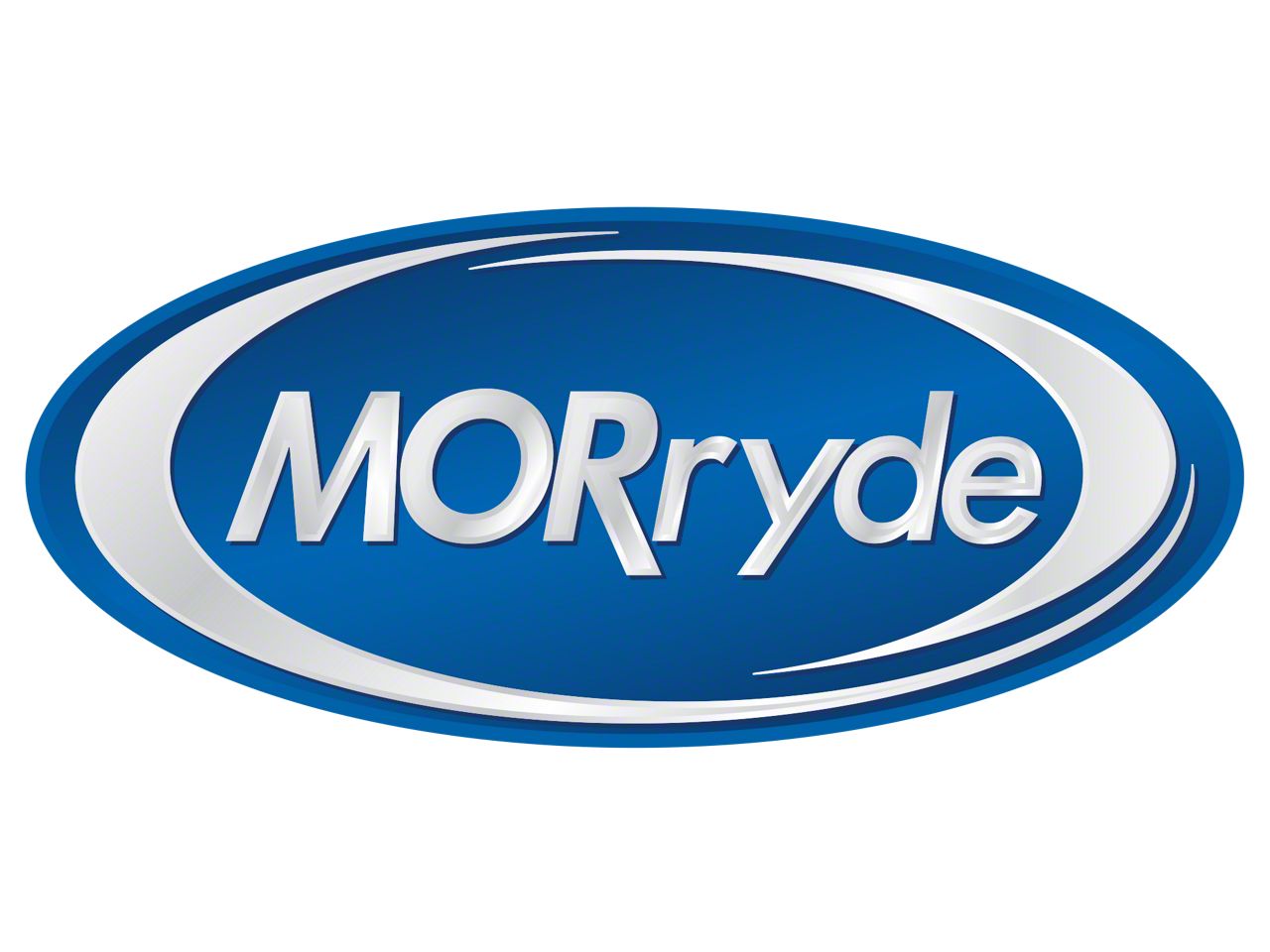 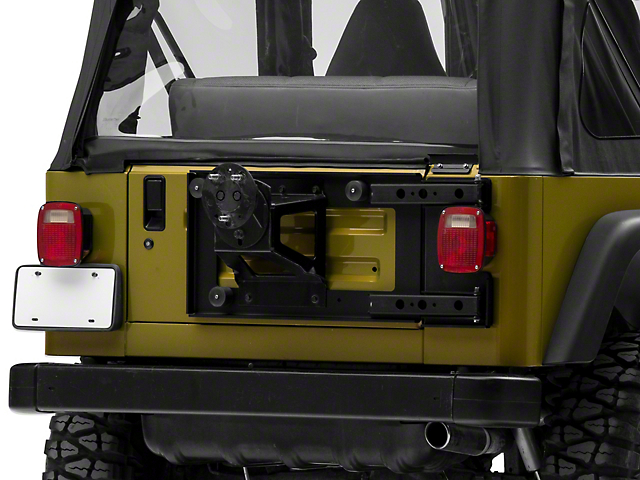 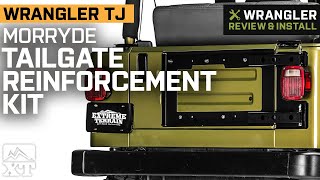 Put Your TJ to the Test. If you put your Jeep Wrangler to the test on a regular basis, you may notice the rear tailgate beginning to become loose, rattle or sag as the factory tailgate hinge system begins to weaken. This can be especially true if you are using oversized tires and enjoy time spent off-roading. This MORryde Tailgate Reinforcement Kit offers unparalleled strength and durability, designed to stand up to the most rugged abuse. This kit will work with factory spare tire carriers, as well as most aftermarket options, allowing you to keep your current tire mount for a practical upgrade.

Durable Construction. Proudly manufactured in the USA, this Reinforcement Kit is laser cut and welded to ensure reliable, rigid strength. It features a unique design that reinforces your JK's entire spare tire mount, absorbing hard hits to prevent your tailgate from breaking and warping. This is a world above some competitors out there where only the right side of the carrier is supported. It's finished in a tough black powdercoat for corrosion resistance, providing tough styling you'll enjoy.

Installation. No drilling, modification or special tools are required to install this Tailgate Reinforcement Kit. All the hardware you need for installation is included, allowing for a straight forward process to get you out of the garage and back on the trail faster.

Application. The MORryde Tailgate Reinforcement Kit is designed for installation on all 1997 to 2006 Jeep Wrangler TJ models.