What is a Wrangler Transfer Case and How Does It Work? 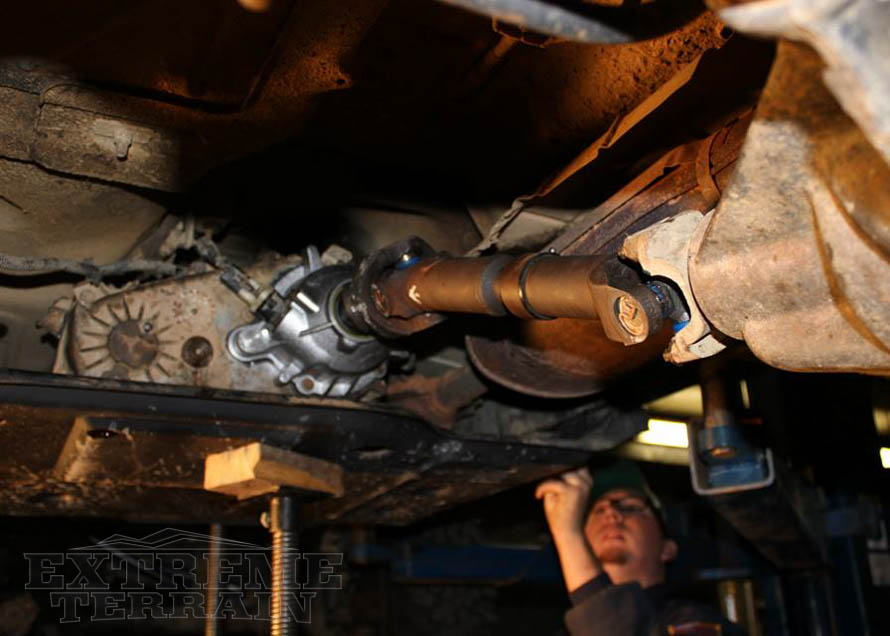 The beauty of having a Jeep is the versatility that comes with the vehicle. Having the option to switch from 2wd to 4wd and really dig into a trail is one of the great benefits of owning a Wrangler. When upgrading your wrock crawler it is important to choose a build that is transfer case friendly so that you can reap the benefits of having the ultimate rock crawler.

What is a Transfer Case?

From a high-level perspective, a transfer case is a mechanical component that allows a part time four-wheel-drive vehicle to share power from the rear wheels to the front when four-wheel drive is engaged. During four-wheel-drive operation it can go from Hi to Lo, in scenarios that require more torque during heavy four-wheel-drive use. 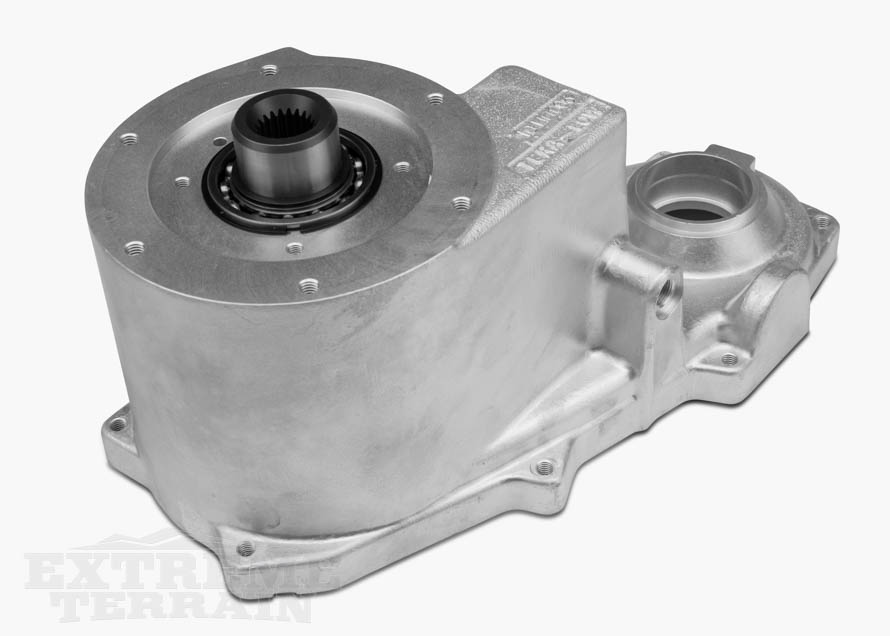 How Does a Transfer Case Work? 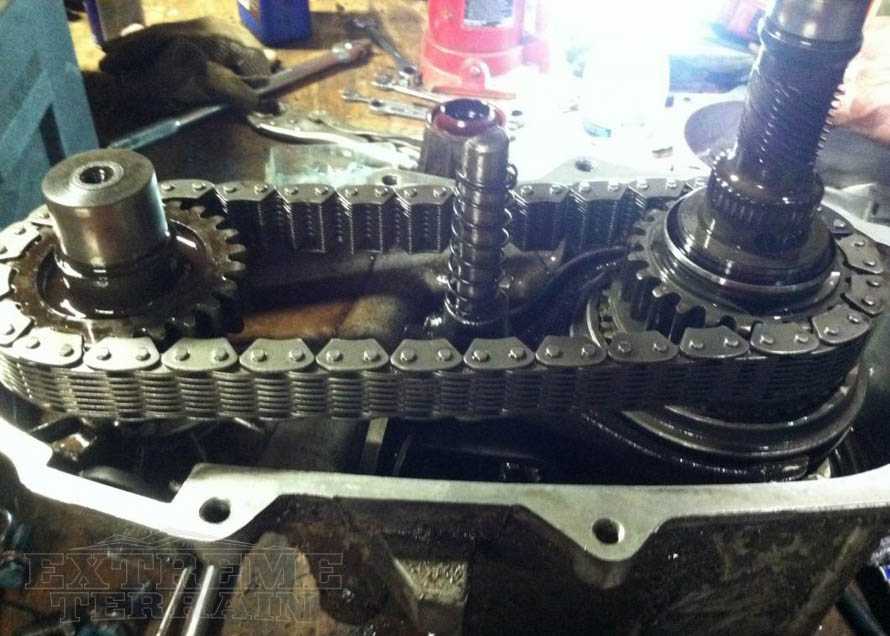 History of 4WD and the Transfer Case

One of the first four-wheel-drive vehicles was to have been produced by Ferdinand Porsche, who would then start the legendary Porsche sport car line. Ferdinand’s 4wd system consisted of electrical motors positioned on each wheel, that were powered by a gas generator. Years later, in 1902 a Dutch company called Jacobus Spyker creates a mechanical version which utilized a transfer case to selectively shift the power between front and rear wheels. A year later, in 1903 the 4wd system was adopted by Mercedes in their vehicles. In 1911, the system was brought to the US by Four Wheel Drive Auto Company (FWD), that utilized the system in various trucks that were then used in World War One.

How to Use a Transfer Car Off-Road

Transferring from 2wd to 4wd: In normal Jeep operation, the engine feeds the transmission, which then feeds the main driveline spline to the rear drive shaft which powers the rear wheels. When four-wheel-drive is engaged, the selector arm shifts a spline coupler to have it engage with the spline gear. Once the couple engages with the gear it uses either a chain or a series of gears to engage with the gears that power the front drive shaft, allowing both the front and rear drive shafts to be engaged simultaneously and providing the Jeep with four-wheel-drive.

Transferring from Hi to Lo: During the initial engagement of four-wheel-drive, your Jeep will be in 4WD Hi, this is also referred to as a 1:1 gear ratio, where the selector arm engages the spline couple with the main gear for a direct transfer of power through the transfer case. As you’re on the trail, you might come across a difficult area and need additional power/torque to help your Wrangler power out of the situation. Transferring the four-wheel-drive system from Hi to Lo will often reduce the speed of the jeep to one-third its regular speed, but will ​more importantly increase the torque by one-third. The amount of speed reduction and power increase is based on your Jeep’s gear ratio, but the principle is the same. The transfer begins through the same selector arm, but in a Lo transfer the selector arm moves the spline coupler to the other side, allowing it to engage to a more complex series of gears that serve as reduction gears. The reduction gears slow the speed of the Jeep down, but also build up a tremendous amount of power and torque that is then transferred through the drive shafts to the wheels. 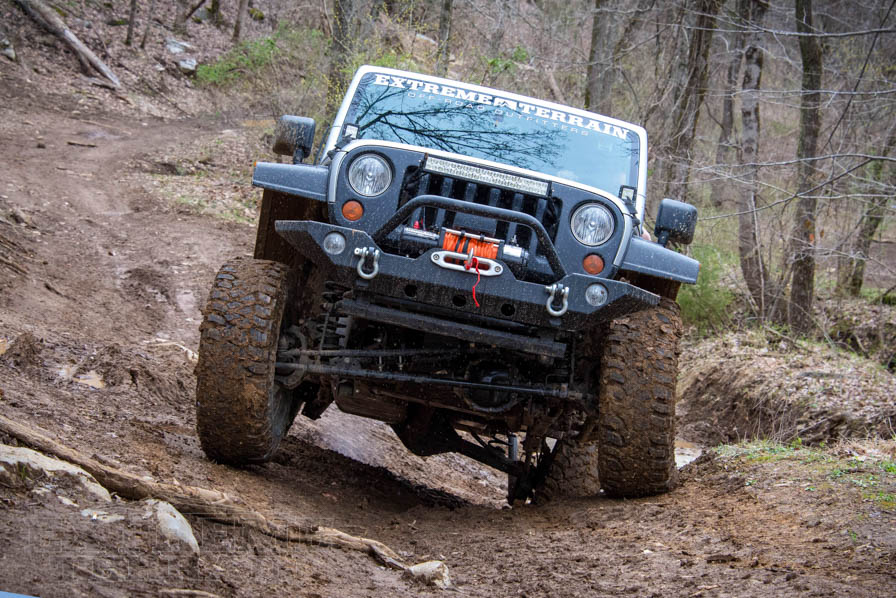 Modern transfer case models: Jeep has produced a large variety of transfer cases throughout the years, but in 2003 the NV241OR or Rock-Trac was released and provided a significant leap in transfer case gearing, allowing Wranglers to run a 4:1 low-range gear ratio from the factory and a tremendous amount of torque while out on the trail. At the same time a non OR version was produced that was chain-driven and had a low range of 2.72:1. Not as powerful as the 4:1, but better for longer drives and overall gas economy, the 2.72:1 was used in entry level Sport and Sahara models, with the OR version was used in Rubicon and some specialty Jeep models.

Proper maintenance: It is highly recommended that you change the fluid of your transfer case every 30,000 miles or after any deep-water crossings that could have resulted in fluid contamination. Overall the process is fairly simply, simply drain the fluid and refill with 2-quarts of Mopar ATF 4 fluid, overall the process should take less than an hour to complete and ensure proper lubrication and protection of the transfer case gears.

Upgrades For Your Transfer Case

As discussed throughout this information guide, the Jeep transfer case serves an important purpose and allows the Wrangler to transform from a rear-wheel 2WD vehicle into a 4WD powerhouse through the simple movement of a lever. The robust complex series of gears requires minimal maintenance to ensure years of reliable performance. If you plan on running larger tires, changing the gear ratio is also a fairly easy and inexpensive upgrade that produces impressive results.

I have used Extreme Terrain for 5 items so far. Everything has went smoothly and all is advertised. I really like the available videos for many of the items, numerous photo's, great instructions and so forth. I would highly suggest giving them a try. Zero complaints.

Liz F, 2013 Jeep Wrangler JK Quality and Training Analyst
I have always loved the outdoors and with my camping experiences, it brought me into the Jeep world. It has always been a dream to own a Wrangler of my own and recently I was able to acquire one of my own! We’ve already been off roading and camping, and each time I come up with a new mod to do when ...
Previous Slide Next Slide SEE ALL PROFILES