Differentials: The Lynch Pin of Your Tacoma’s Drivetrain

Differential covers can be multi-purposed in their function. Aftermarket covers add durability to your Tacoma's differential and sometimes even greater cooling potential with additional fins on the cover. For your Tacoma's purposes, beefier covers capable of sliding over large rocks are a worthwhile upgrade.

Upgrading your Toyota Tacoma’s differential is something you’ve been thinking of doing for a while. When you’re building the Tacoma for off-road use, you’ve likely considered suspension, engine, and wheel and tire mods. The differential is a complicated component that can be a bit intimidating to newcomers. Many people will solely take the advice they are given without fully understanding what they are achieving by altering their differential. 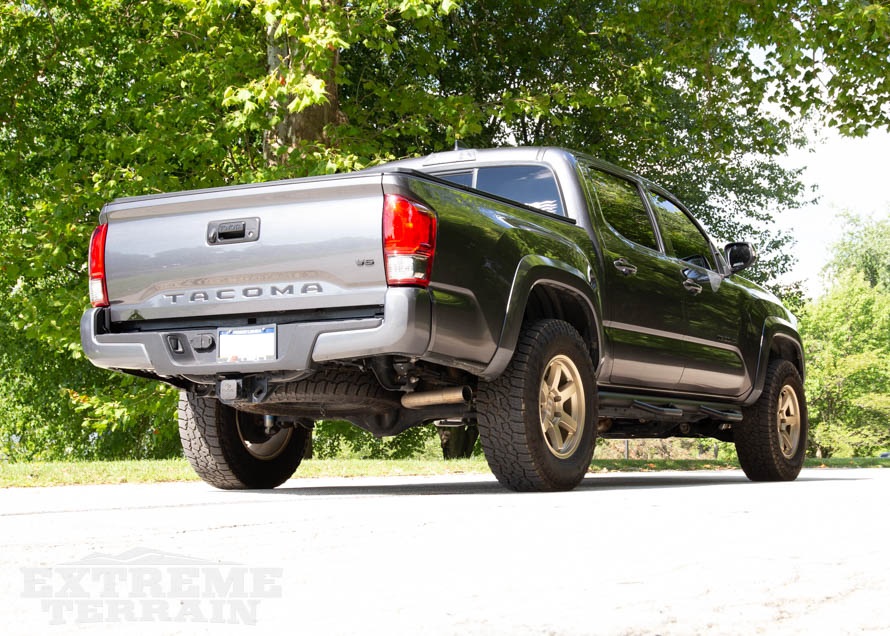 What is a Differential?

The components in a differential assembly are responsible for giving the tires rotation. They also dictate how the wheels turn and how they work to maximize traction.

Ring and Pinion: The pinion gear is turned by the Tacoma’s driveshaft. The pinion is used to rotate the ring gear inside of the differential. The ratio of the ring and pinion gear dictates how the truck accelerates. A lower number value gear ratio will reduce throttle response while increasing top speed. A higher number valued gear ratio increases throttle response while reducing top speed.

Carrier: The carrier is turned by the ring gear and is responsible for the traction characteristics of the assembly. In Tacomas you will find e-lockers, limited slips, and open carrier types. The carrier type dictates which wheel gets power based on either resistance or a locked-up carrier. Gear ratios are responsible for traction characteristics, but the carrier works to ensure power is being sent appropriately and may let the wheels turn at different speeds if necessary.

Axles: In the carrier are splines. Your axles slide into these splines. The axles are what connect the wheels to the differential. For hardcore applications, you will want to use stronger axle shafts to reduce the chance of failure.

Another essential step to take before upgrading your differential is to identify your factory equipment. Knowing what you have to work with out of the gate will get you in the ballpark of understanding where you need to be to properly increase performance.

On the differential cover, you can find a tab with a code to run or you can find a code in the doorjamb that can also be run to give you the information you need. You will need to know the housing type, the ring gear size, and the carrier type you have to work with before moving forward.

There are a few points in your Tacoma build to start considering upgrading your differential. A properly upgraded differential is important for maintaining throttle response and increasing it as well as improving off-road performance. A good way to gauge what you need for your Tacoma is to take into consideration what mods you intend to throw at your truck and how you intend to use it.

Carrier: The differential carrier can be replaced if one is looking to maximize traction. With a truck that is used both on and off-road a limited slip will almost always fit the bill. The limited slip will send power to the wheel with the most amount of resistance, but will still send power to both sides. An open differential sends power to the wheel with the least amount of resistance and will almost always be replaced.

Lockers may also be considered as they allow one to switch back and forth between an open and locked differential on command. You will want to consider modifying the differential when you begin diving deeper and deeper into hardcore off-roading.

Axles: The stock axles can take a beating but may fail under hard use. If you know you will be heavy on the throttle in low traction scenarios. By upgrading to sturdier axles, you will prevent the Tacoma from chewing through axles when traction is suddenly gained.

Moving to a Locker

Locker differentials are costly investments but are perfect for those who plan to use their truck heavily off-road. A locked differential gives you maximum traction as it sends equal amounts of power to the wheels at all time.

During turns, a locked differential cannot turn very well and this is where switching between a locked diff and an open diff comes into play. By switching to the open diff the Tacoma will turn properly when needed and apply maximum traction on command. These units work by either pneumatic or electronic power.