Onboard Air for Wranglers Explained

A vital component for your Jeep is properly inflated tires. Tire inflation plays a significant role both on and off the road. Offering stability and traction in both areas, through the proper amount of air. To help facilitate that changing and immediate demand, a good investment is onboard air. In this article we’ll discuss the variety of choices available for your Jeep. 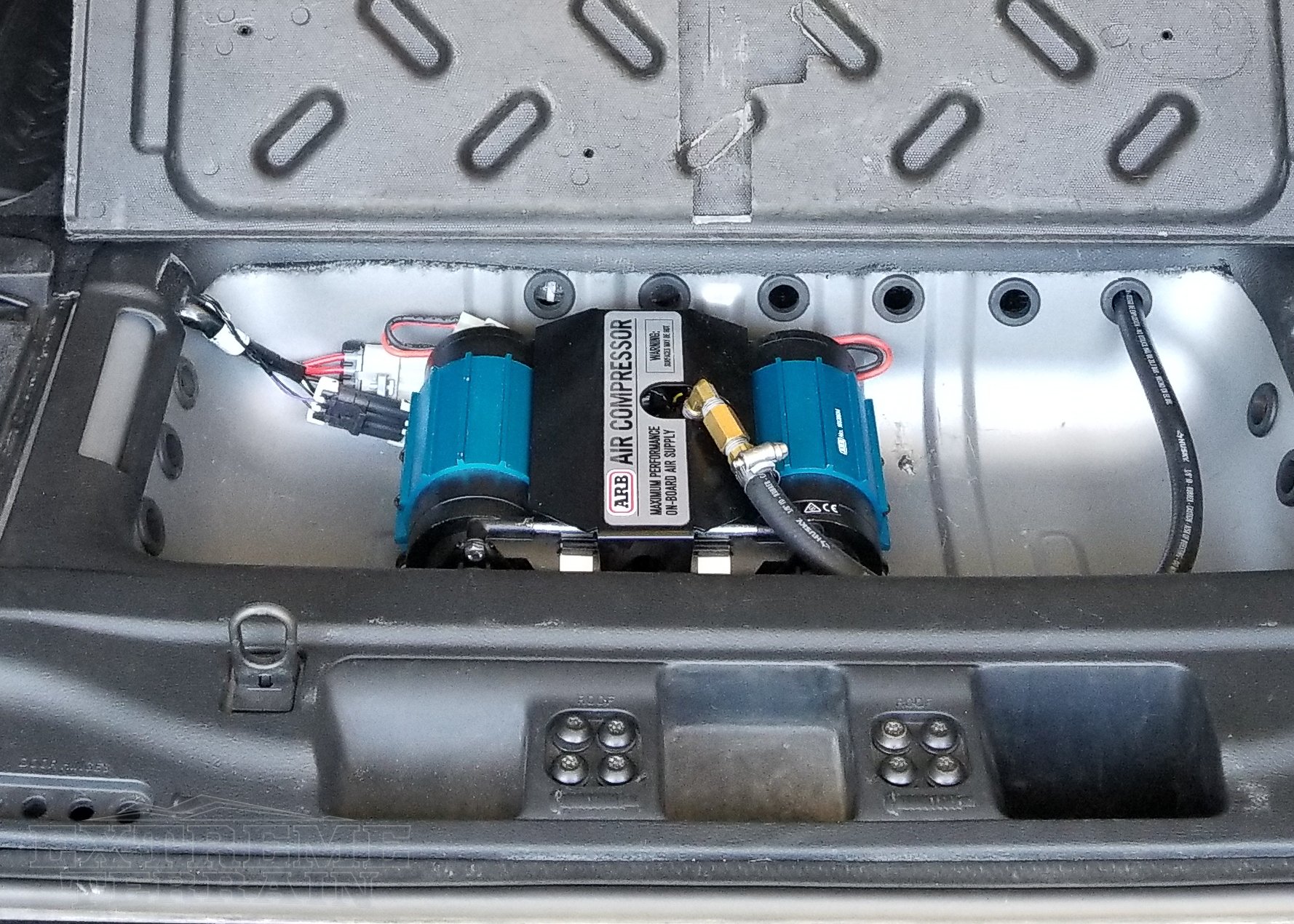 Air compressors have a variety of uses on and off the trail. From keeping your tires inflated to monitoring your suspension if you're equipped with an air lift.

Is a Basic Air Compressor Enough?

Often, if you’re looking to just inflate your tires after a day on the trails, a basic air compressor might be all you need. Most high-output, stand-alone compressors found in the onboard air section can inflate tires. They’re capable of filling all four of your tires and miscellaneous gear. The only drawback with an entry-level compressor like this is they’re often stressed to the limit and take a long time to fill each tire.

If you’re looking for a more powerful solution but still want to retain the small footprint of an air compressor, then the ARB Twin onboard air compressor is a great solution. This small workhorse is capable of putting out a continuous 90psi of air and can actually power air tools while on the trail, introducing another level of options for onboard air. The drawback to compressors like this is the demand for power. They require a more permanent power solution and need to be hard-wired to the Jeep’s battery. They do have self-contained wiring, so they don’t need to integrate with the Jeep’s electrical harness. Mounting locations are typically in the engine bay, under the passenger seat (four-door only) or in the cargo area.

Do I Need an Air Tank?

An additional onboard air option is a system that incorporates a tank. The tank can store compressed air for a large immediate volume of continuous air. These solutions offer the quickest method of inflating your tires and have the capability of running most air tools. They are also capable of running very efficiently. The only drawback of a tank is the footprint. Often, these tanks demand some significant space. They can sometimes be positioned under the Jeep or in the cargo area. In addition, the systems are often installed to run in a continuous cycle, meaning the air compressors will turn on automatically once the pressure in the tank drops a preset range regardless if the Jeep is being used. This can be alarming at night or could drain your battery if not monitored properly.

Another option for tank air storage are CO2 pre-filled air tanks. These re-fillable tanks offer a tremendous volume of compressed air in a small foot print. These self-contained tanks can be easily mounted to the roll-bar of the Jeep and can be removed for a portable air solution. They can also inflate tires very quickly and offer the capacity, in most cases, to inflate several vehicles. The drawback of a pre-filled tank is they require some level of monitoring and planning to ensure you have enough air available before you hit the trail. In addition, the idea of a tank with compressed air might be alarming for some, but these tanks are constructed well and designed to be used on the trail.

What Else Can Onboard Air Do For Me?

As stated earlier, air can be a valuable asset while on the trails. The options mentioned in this article are solutions based on individual needs and budget. In most cases a simple air compressor or portable pre-filled air tank is enough, but if you find the need for a higher volume of air, than a mounted solution might be better. Whichever the direction you take, the convenience of having of air while on the trail is incredibly valuable and in most cases worth the investment.