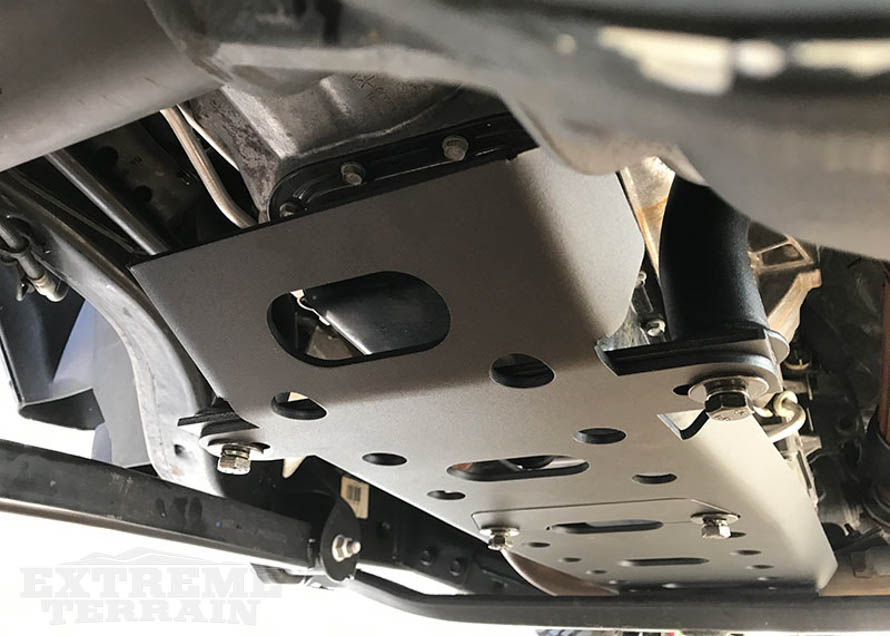 When you think of the necessary components of the operation of your Wrangler, you’ll think about all of the prettiest parts. The engine, the transmission, and fuel will be some of the first things that surface. Even though you know that engine oil and transmission fluid are incredibly important, they may not be the first things to come to mind. Protection and storage of these fluids are just as important as keeping them present at all times and this is what makes oil pans just as important as all of the other mods you are considering.

High capacity oil pans are more up the race car alley, but that doesn't mean your Jeep can't benefit from an aftermarket oil pan. In the Jeeper space, the focus becomes strength and cooling. Busting an oil pan on the trail can be a death sentence for some Jeeps, and keeping your engine cooler under the stress of off-roading will preserve your engine's internals.

Why You Need to Think About Your Wrangler’s Oil Pan

The oil pans on the engine and transmission are responsible for storing oils and fluids as they cycle through the system. Inside the oil pan, the fluids have a chance to cool down, settle out, and stabilize before cycling through the system again.

While you begin modifying your Jeep for off-road use and abuse, you want to consider these aspects of the oil pan and consider whether or not you want to upgrade to a pan that is stronger, has higher fluid capacities and can work to help keep the fluids a bit cooler. A stock oil pan works for daily use, but on the trail they may be stretched beyond their bounds.

One reason to consider an aftermarket oil pan is to increase oil capacity. With an off-road Jeep, you won’t be going much bigger as a low hanging oil pan is subjected to being beaten on stones and stumps.

By increasing oil capacity you increase the amount of clean oil that is available to the engine at all times and also increase oil life. To help you gauge an aftermarket pans oil capacity and choose what’s appropriate for you, we’ve put together a chart below to indicate fluid specs of engines and transmissions per the application of Wrangler you are working with.

Increased oil capacity helps improves engine operation and protects the engine from cycling unsettled or dirty oil. Transmission fluid pans usually aren’t subjected to an increased fluid fill but both will reap the rewards of aftermarket designs for more than just cleanliness and smoother engine operation.

Strength: Factory oil pans are thin pieces of metal and bend fairly easily when they come in contact with protruding obstacles. A more rigid design can be implemented to help preserve the pan after it’s been put to hard abuse.

Cooling Characteristics: Aftermarket materials like aluminum in the right design can help with cooling. Keeping the engine and transmission within range of their operating temperature isn’t something only the coolant can work to achieve. A pan that works to dissipate heat keeps the fluids cool and manageable for operation.

How to Protect Your Wrangler’s Oil Pan

Oil pans are in an extremely unfortunate location on the Jeep Wrangler. They are right down where rocks and other hazardous obstacles can easily destroy them. If the oil pan on the engine or transmission is compromised, it could be game over in an instant. Protection of the oil pans is so incredibly important because of this.

Mindfulness: The best practice for protecting your oil pans is mindful, proactive driving. Understanding the terrain ahead and where the oil pans fall in relation to particular obstacles is the only way to make sure they aren’t pierced or damaged enough to impede their function.

It’s good to spend some time underneath the vehicle familiarizing yourself with the location of the oil pans so you can accurately keep them in mind while you are finding your line.

Skid Plate: Even with mindful driving it’s possible to be taken by surprise. A skid plate is a protective barrier installed to take the hits from rocks and stumps that your oil pan cannot. These devices are very simple and very effective. Destroying one can be a real bummer but is way better than letting the oil pans be crippled instead.

Installing oil pans is very easy on paper but can be a major pain in the neck. Transmission oil pans are very accessible and really only become a pain if you don’t anticipate the potential mess they can cause.