One of the most important systems in a vehicle is the drivetrain. Having a strong engine means nothing if it can’t get power to the ground. Your Wrangler’s drivetrain consists of the clutch or torque converter, transmission, transfer case, driveshafts, and axles. If you are hoping to make your Wrangler even more unstoppable off-road drivetrain upgrades can help you get there and back. 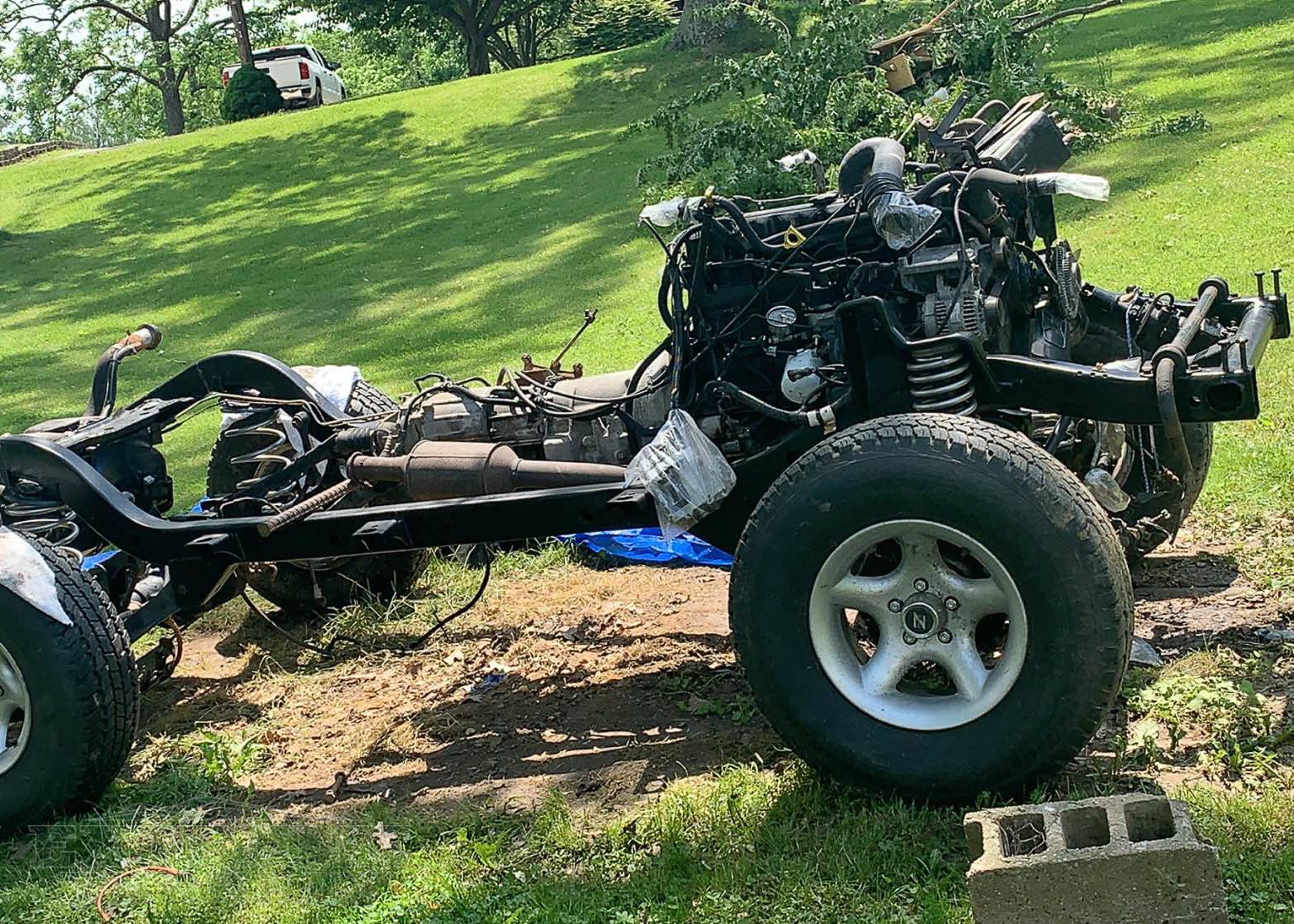 Your drivetrain should work in harmony whether you're cruising the highway or crawling over rocks. If one piece is out of sync, your Jeep can't perform at its best. Make sure you have everything in line with ExtremeTerrain.

Imagine that you have a fan and a pinwheel in front of it, if you turn on the fan the pinwheel will turn because of the air moving over it. Now if you hold the pinwheel still the fan will continue to spin even though the pinwheel is not, this is why you can sit at a traffic light with the engine running. In this little scenario the fan is the impeller and the pinwheel is the turbine, these are two of the main components of a torque converter.

Now if you were to raise engine speed while holding the brakes you would be doing two things, give the impeller more force to try to turn the turbine (Which could eventually overpower your brakes) and create a huge amount of heat in the torque converter and fluid. Obviously if you get things too hot bad things will happen, if you do any kind of heavy towing, serious offroading, sit in heavy traffic often or even racing it would be a good to install a transmission temperature gauge and transmission cooler.

How a Transmission Works

The job of the transmission is to modify the speed and torque force from the engine with gearing. When a big gear is turned by a small gear it will turn slower but with more torque, if you turn it around it does the opposite. If the small gear is turned by the big gear it will turn faster but with less torque, now you are talking about gear ratios. A great example is a rear axle with 3.73 gearing, what this means that to spin the ring gear once the pinion gear has to spin 3.73 times. Now in order to prevent the gears from grinding or clashing when shifting, they need to be brought to the same speed before meshing, this is done with synchronisers. Synchronisers work like a cork in a bottle, as the spinning cork is inserted into the bottle it will slowly force the bottle to turn as well until the cork is stuck in the end of the bottle and they rotate together.

What is a Transfer Case?

The transfer case decides where to send the power and is able to send it to just the rear axle or to both the front and rear. In 2wd or 4wd High the transfer case is in direct drive and 4wd Low is using gear reduction to provide more torque while off-road.

When lifting a Wrangler certain driveline modifications may be required based on the height of lift. For 2.5 inch suspension lifts and larger you may need to replace your driveshafts, on  YJ and TJ Wranglers you may need to install a slip yoke eliminator kit as well. Slip yokes were used with fixed length rear driveshafts instead of a fixed yoke with a two piece driveshaft. In each system there needs to be a way for the driveshaft length to change as the suspension moves, the slip yoke slides in and out of the transfer case while the two piece driveshaft has a built in slip joint instead. Rubicon edition TJs and all JK Wranglers do not use slip yokes however. Double cardan driveshafts allow for larger operating angles when your suspension droops, preventing binding.

On Wranglers there have been several different axles that have been used from the factory, including the Dana 30, Dana 35, and Dana 44. The Dana 30 only comes as a front axle and the Dana 35 only comes as a rear axle, however the Dana 44 can be found on the front and rear. Two of the most common mods for a Wrangler’s axle are regearing and installing some type of locker. Lockers force both wheels of an axle to rotate at the same speed to increase traction off-road.