How Do I Prepare My Wrangler for Winter?

Good tires will take you just about anywhere, and the same is true in snowy conditions. Make sure your tires are up to snuff before braving blizzards.

When it comes to terrain, Jeeps are known to be very versatile. The same could be said when it comes to seasonal conditions also. Winter, however, can be drastically different depending on your geographic location, from San Diego to northern Alaska. Thankfully Jeeps are designed to embrace the challenge in temperature and terrain, but they must be properly prepared. 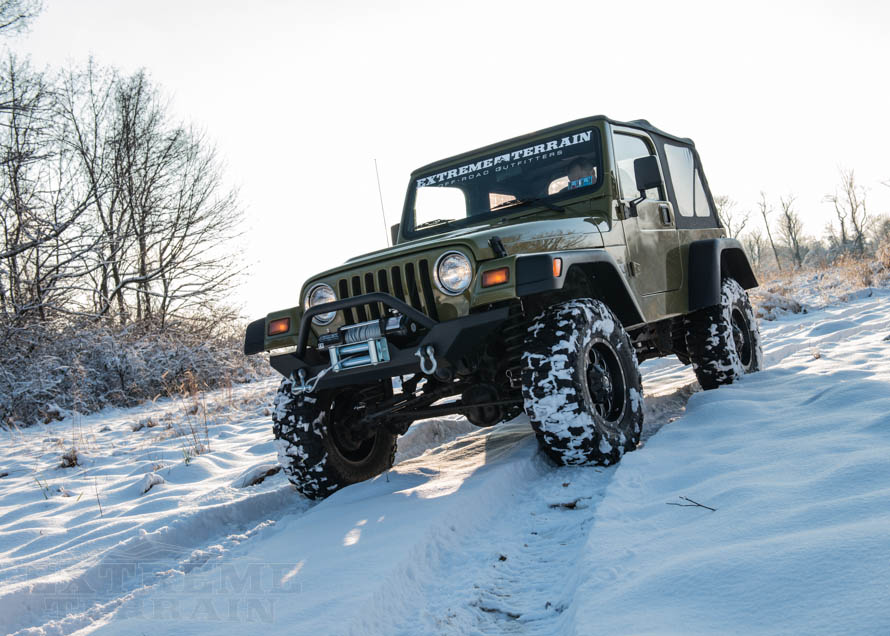 Starting with the Tires

When it comes to winter conditions, your Jeep’s tires are one of the most important parts you should prep. Whether you’re running factory tires or aftermarket tires, ensure they are either a winter or all-weather rated tire. They should have the “Severe Ice/Snow” symbol along the sidewall. This symbol indicates the tire’s composition and tread pattern is suitable for colder snow/icy conditions.

In addition to the type of tire you’re running, you need to make sure the tire has enough tread. A really easy way to check, is by using a penny. If you can see the top of Lincoln’s head, then the tire tread is too low and will probably give you problems in snow/icy conditions.

Finally, when it comes to tires, check your tire pressure. You could lose up to 1 psi for every 10 degree drop in temperature. That means your tires can be severely underinflated if neglected over long periods of time. An underinflated tire can lead to poor gas mileage, traction issues while on the road, and a flat/damage to the tire at higher speeds. 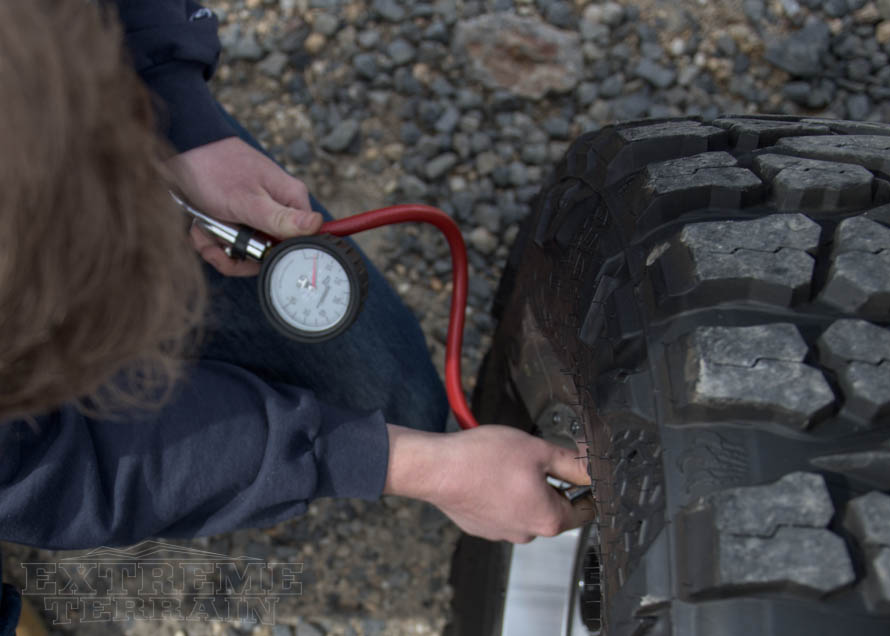 Your Jeep’s battery is put through a significant amount of stress in extreme temperatures. As a result, winter months can be brutal to your battery. A good proactive approach would be taking your Jeep to a service center and have your battery’s load and charge capacitates checked. Often stations will perform this check for free since it could lead to a sale if the battery is on its last leg and fails the load test. Nonetheless, it’s better to have a battery failure while in a service station instead of out on the cold road/trail.

If you ever get stuck behind a truck kicking up sleet and snow, you’ll understand the value of good wiper blades and washer fluid. The combination is critical to maintain good visibility in harsh conditions. Aside from having cars in front of you kicking things up, heavy snow, sleet, or rain can be dangerous elements to deal with if your wipers are old or torn. They are fairly inexpensive and very easy to replace on a Jeep. 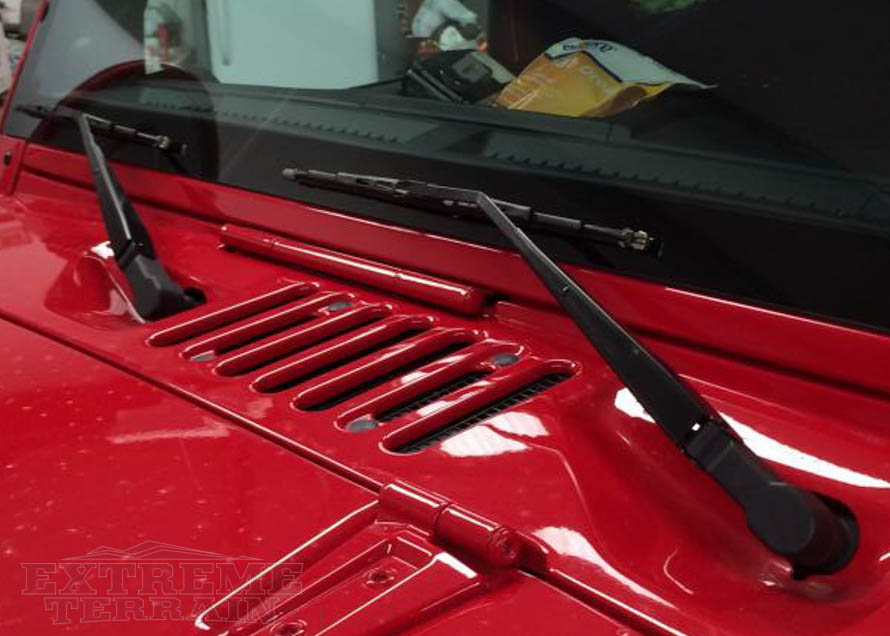 Looking to round off the list, you should also consider having a good ice scraper with a brush. The longer you leave your Jeep out in the elements, chances are you’ll come back to frosted windows and windshield. A good ice scraper will help remove some of the ice and allow the defroster to clear out the rest.

In addition, it’s also a good idea to have a pair of gloves and blankets. As the temperature drops and you happen to find yourself stranded in a remote location, it’s very important to stay warm. Using gloves and thermal blankets can be life-saving necessities and should be one of the most important things you load onto your Jeep as you prepare it for winter. 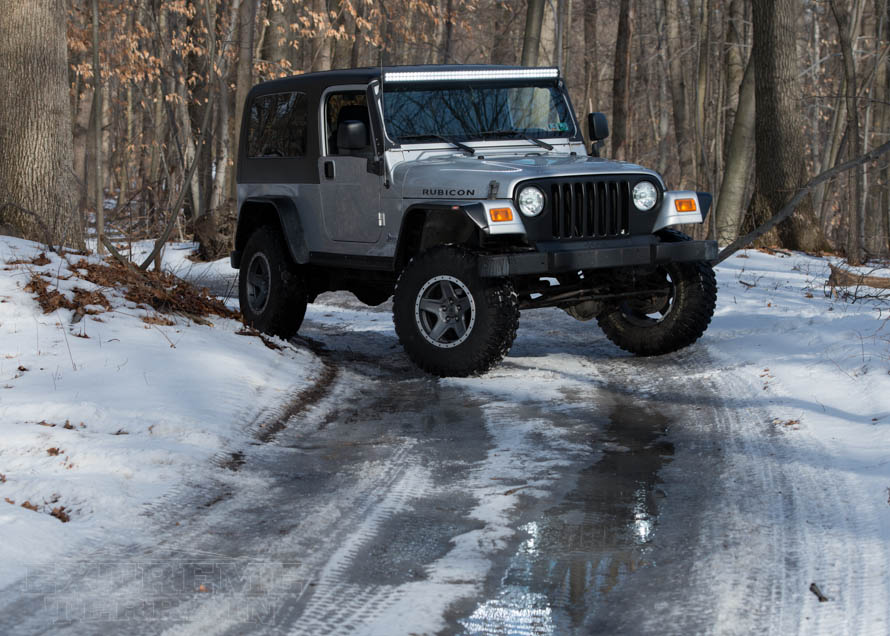 Jim H, 2010 Jeep Wrangler JK Web Development
My dad would always take me trail riding in the Pine Barrens as a kid when I lived in South Jersey, so I’ve always been into four wheel drive trucks and Jeeps. When the time came for me to get a vehicle, I picked up an old Cherokee. I still have that old Jeep strictly for offroading, but after a few...
Previous Slide Next Slide SEE ALL PROFILES