Most Popular in Wrangler YJ Parts

The YJ is considered the pioneer of modern Wrangler design. Along with the lessons learned from the adjustments made to the platform came a community's desire to modify builds in great detail. With multiple options available to upgrade your YJ you can take on any adventure on and off the trail.

With a stocky appearance, square headlights and an optional 4.0L six-cylinder engine, the Wrangler YJ is considered one of the most controversial Jeep lineups on the market. Replacing the classic CJ model, the Wrangler YJ ran into some early problems, but only improved with each subsequent edition. As a fellow Jeep owner, we take pride in our Jeeps and the heritage they came from. Whether it’s nostalgia for a different time or it’s radically different design, most Jeep YJ models still stand the test of time and are an easy restoration job. Considered the first generation of Jeep Wranglers, the YJ has stood the test of three decades for some owners. Here, we’ll discuss what you need to know about the YJ, the controversial Jeep Renegade, and other sub-models in our overview of this rolling classic. 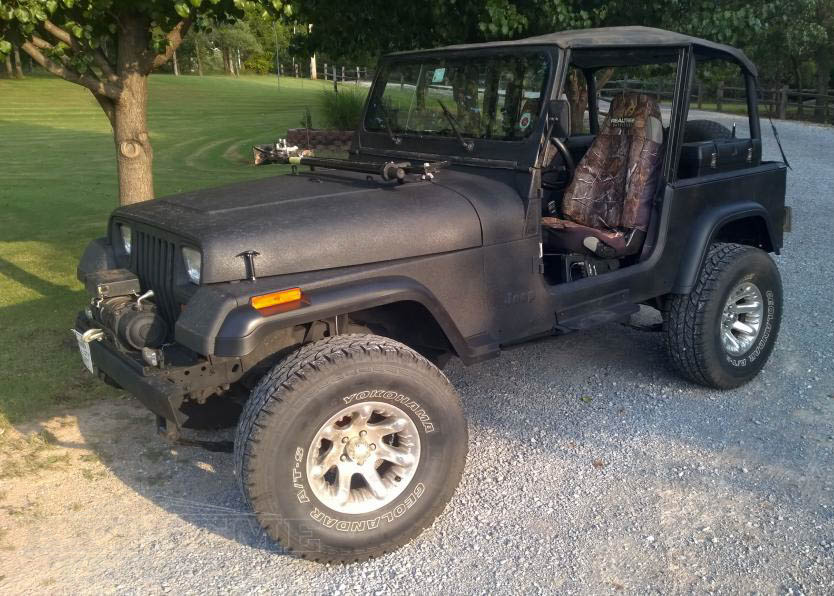 While the Wrangler YJ wasn't a radical transformation from its predecessor, there were many small changes that either pleased or annoyed Jeepers. The most notable change was the switch from Jeep’s famous round headlights to a square headlight design. Jeep also wanted to design a vehicle with more creature comforts, which meant sacrificing many of its off-roading capabilities.

Many exterior features of the Wrangler YJ are still interchangeable with older Jeep CJ parts. The YJ still supported a leaf spring suspension and retained its 2-door design, although there were some major changes to the suspension, drivetrain, and other parts of the Jeep model including:

The ‘87 YJ might have served as a poor test dummy for the Wrangler line, but the Jeep Wrangler did add many features throughout the YJ generation we enjoy on JK models today. New features included fog lights on the Laredo, larger U-Joints on the last YJ model year, an extended roll bar on ‘92 models, and even anti-lock brakes became standard by 1993. 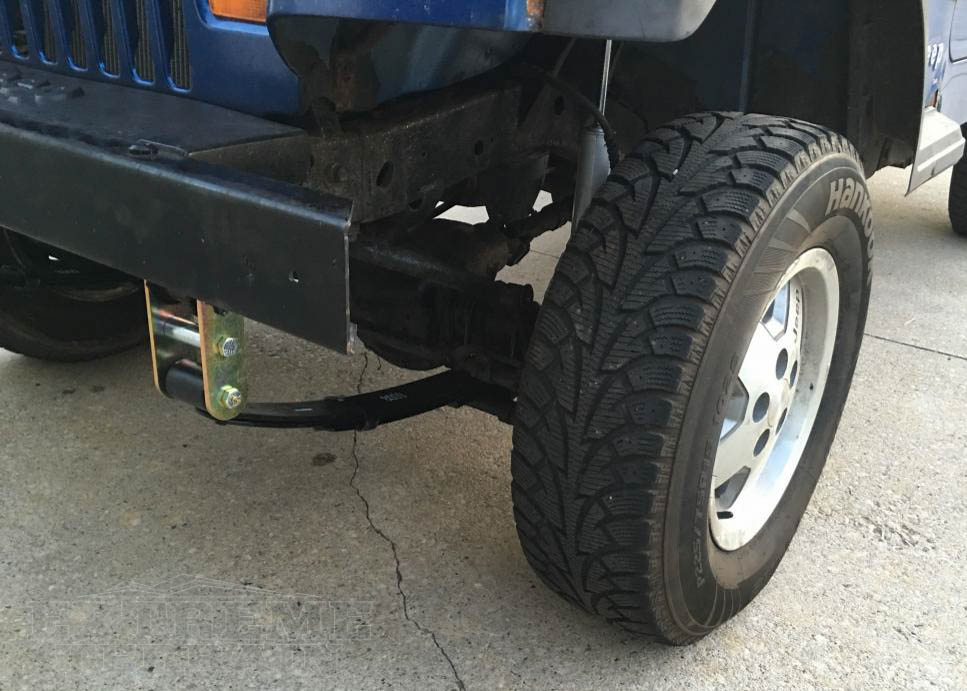 While the YJ generation may be the most controversial of Jeep Wrangler's history, it still represented a major improvement over its predecessor. Even the ‘87 Wrangler with its 2.5L AMC 150 I4 engine and horrid NP207 T-case had better handling, heating, and interior space than older, unreliable CJ models. Of course, the NP207 T-case was dropped the next year, and for six-cylinder owners, the 4.2 L AMC 258 with its carb setup was replaced by the 4.0L 242 with a fuel-injected CID setup.

Even if you did own the ‘basic 87 model, Laredo, or Sport, you still had the option to swap out the standard engine for the CJ’s 4.2L six-cylinder, 2-barrel carburetor. The Wrangler also added door locks to its steel half doors by ‘88 and provided better seals for its soft rooftops.

Many people from this generation complain about the endless length of vacuum that came with early Wrangler computer systems. This was also fortunately replaced by ‘91 when it finally introduced a standard 4.0L CID engine for all its models.

Though the Wrangler YJ generation was built for passive drivers, it still had many capabilities for off-roading. With a suspension lift, you could increase your off-roading angles and enjoy the power to get through harsh terrain with a 4.0L engine.

Toward the end of the YJ generation, we saw both six and four-cylinder engines enjoy a vastly improved NP231 T-case. Even the Wrangler winches and towing capabilities were far improved from the days of the dinky old CJ model, which was no prince itself.

What the Wrangler YJ Got Wrong

While the Wrangler YJ was far from perfect, so is the first new model of many manufacturers. With a few small improvements and some aftermarket accessories, an old Wrangler YJ could run just as well as a new JK. Of course, some problems definitely affected early Wrangler YJ models, which is why it often has a bad reputation-minus the square headlights of course.

With new CAFE (Corporate Average Fuel Standards) standards, early Jeep models had to sacrifice power to meet emissions standards, which resulted in having to deal with the largest hydraulic vacuum lines you've ever seen. Fortunately, by 1989, Jeep started replacing their horrendous transmission system with a more reliable AX-15 transmission. By ‘94, Wranglers were fitted with a brand new hydraulic master/slave setup for an improved drivetrain.

The Wrangler’s 2.5L AMC I4 engine remained the platform of choice for the four-cylinder owners, and the more-powerful six-cylinder was also available. 1991 also saw the introduction of the more powerful 180-horsepower 4.0 L engine that reigned superior over its 4.2 L 122hp predecessor. The new 4.0 engines also enjoyed a more reliable computer carburetor system over its predecessors. Owners could choose between five-speed manual or three-speed automatic transmissions. 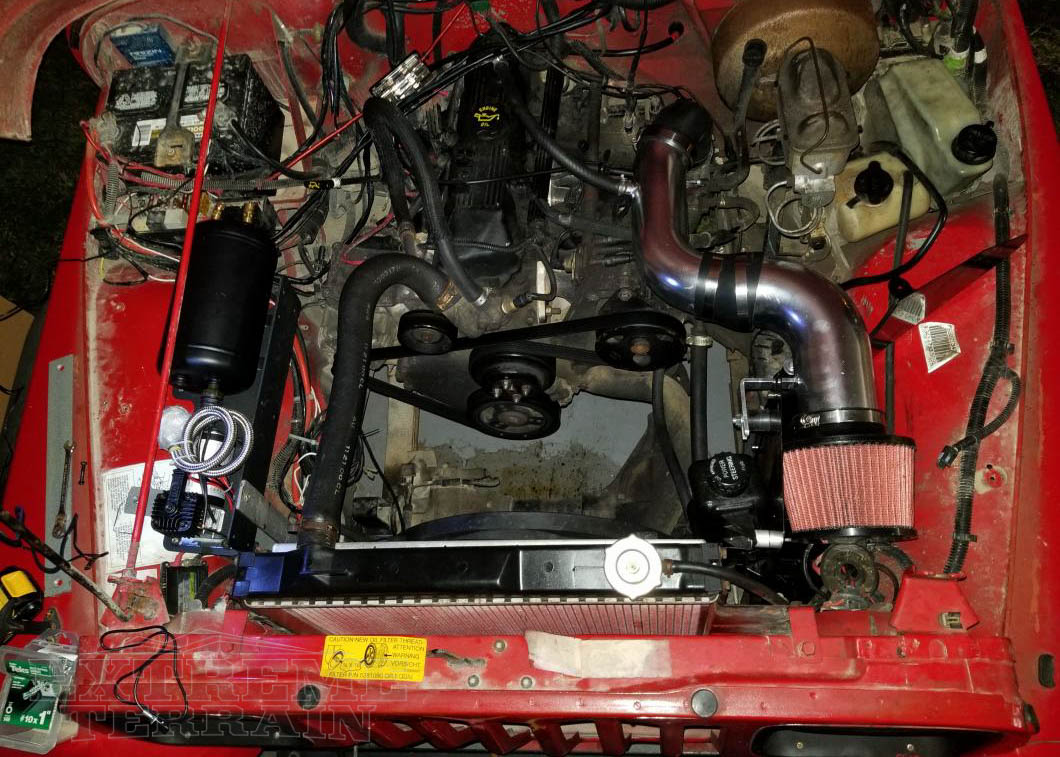 What is a Computer-Controlled Carburetor System?

Before 1991, early YJ Wranglers were plagued with an unreliable hydraulic computer-controlled carburetor system. Consumers could choose between a 2.5 L AMC 150 TBI fuel injection engine or a computer-carbureted 4.2L engine, both of which were strapped by the horrendous Peugeot BA 10/5.

A computer-controlled carburetor system is designed to handle fuel the same way as a regular carburetor, except it struggled to keep a steady air/fuel ratio when a leak occurred.

Motorists often recommend a fuel-injection system that will provide a more consistent air/fuel ratio over a carburetor. While not in use anymore, computer-controlled carburetor systems were susceptible to holes and leaks that would limit the amount of air entering the engine. This resulted in lost power and increased engine temperatures.

A Review of the Special Editions

Most special edition Wranglers only enjoyed different trims and higher price tags. The Islander replaced the Sporty decor and featured tropical stickers/decals, a center console, the option for a full or half door Jeep, and was available in both engines. The Islander only featured a great selection of tropical themed colors. The Islander also exemplified what it was made for: light off-roading on a beach.

The Jeep Renegade didn't offer much more capability for off-roading or towing. It mainly consisted of a standard YJ body and engine with a few modifications. It’s considered one of the most controversial vehicles of this generation. 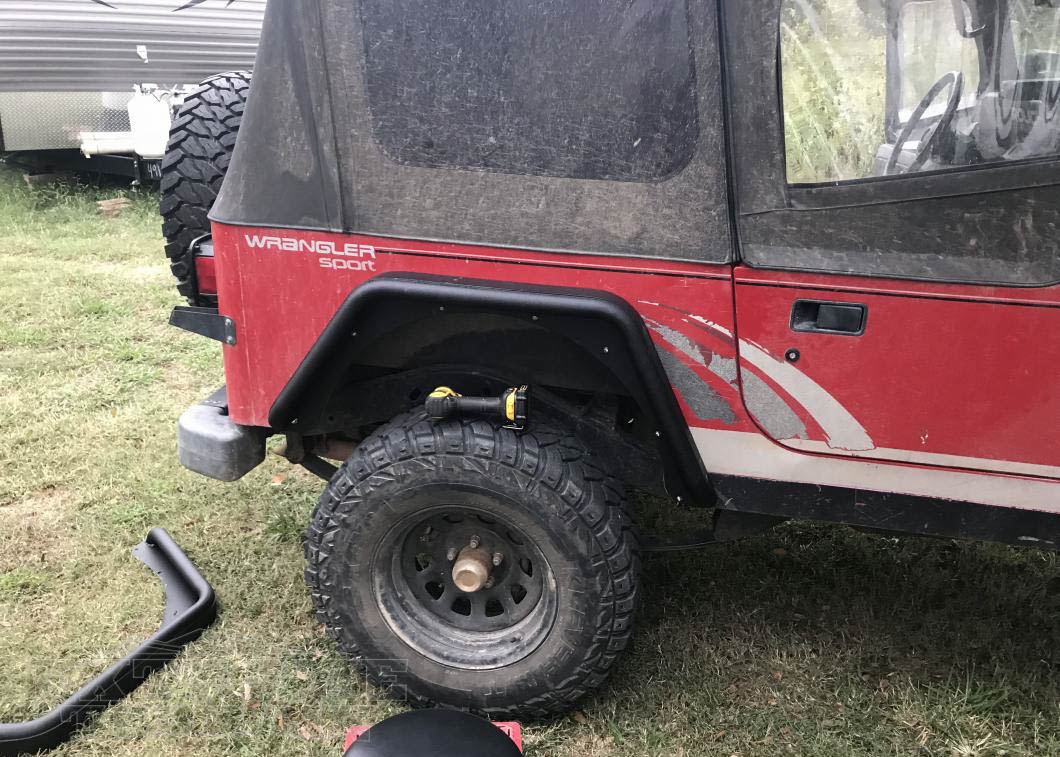 YJs get the short end of the stick in most cases, but that doesn’t mean it can’t be a versatile off-road rig. At ExtremeTerrain we offer aftermarket accessories that will make the old Wrangler YJ act like a modern-day Jeep Rubicon. 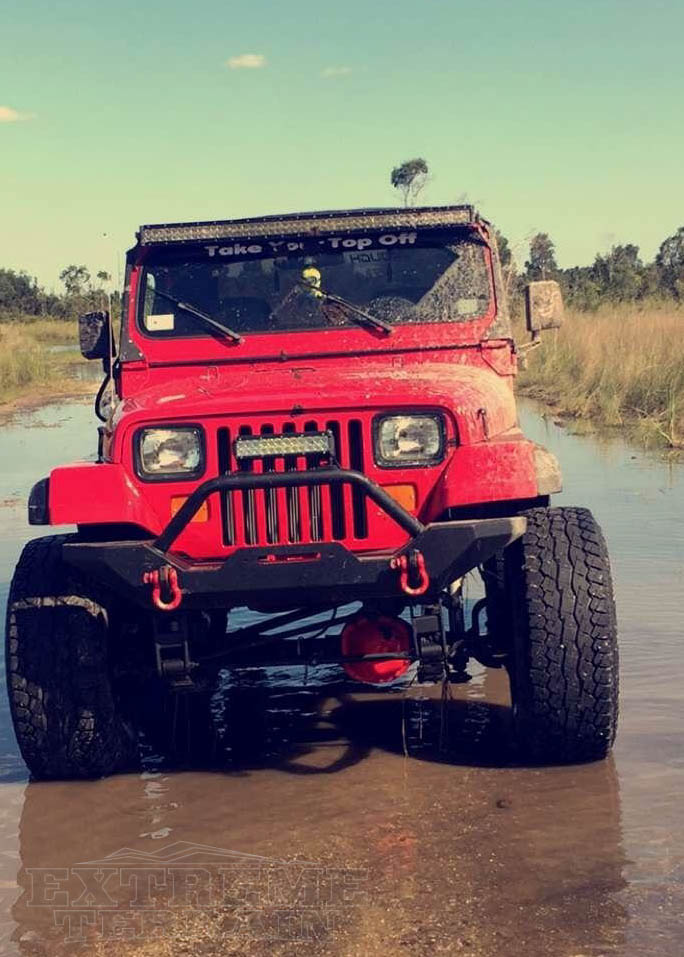