Most Popular in Wrangler Parts

5 Things to Consider When Buying a Used Wrangler

Once you purchase your new-to-you Wrangler (or before for that matter), you might want to consider adding a few parts whether it be floor mats, seat covers, or a Hi-Lift jack for off-roading to personalize your new rig.

One of the great things about owning a Wrangler is the slow depreciation value. This is a great fact for current owners, but could be an issue when shopping for a used Wrangler. In addition Wranglers are versatile automobiles, and there are several things to consider when looking at used models. 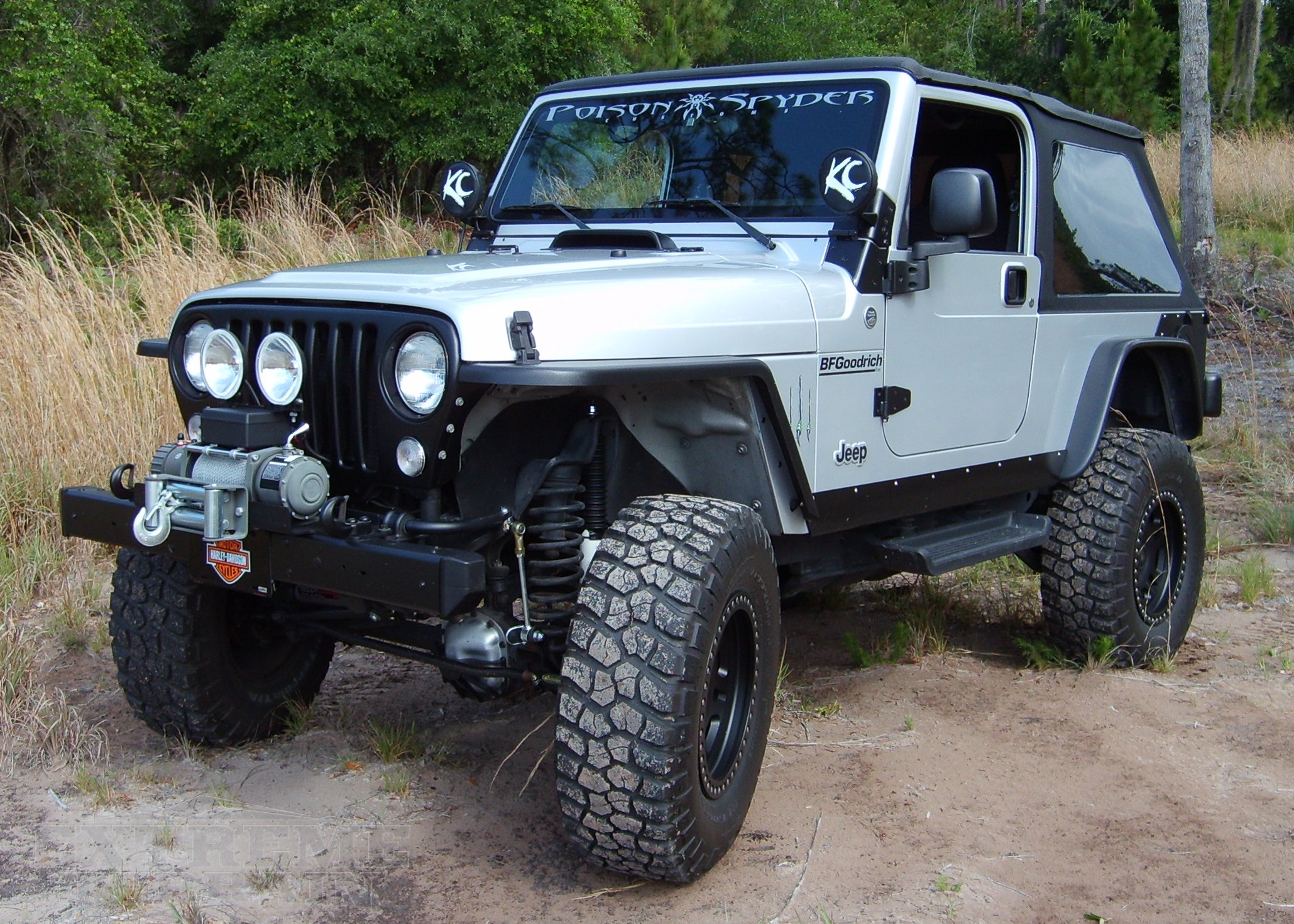 How Rusty is It?

Some Wranglers can take on some normal wear by Mother Nature, especially if you live in northern climates with excessive snow/salt. Therefore, examining the under-carriage and frame of the Jeep for rust is critical. Rust is one of the easiest things to spot, but it's one of the hardest (possibly most expensive depending on much rust is presnet) things to fix. Some rust is normal and expected, but important components like lower shock mounts, which are usually a heavily rusted area, should not be structurally compromised with excessive rust, pitting or corrosion. In addition, areas like the control arm brackets and axles could have noticeable amounts of rust and should be examined carefully. Discoloration is fine and can be treated, but heavily pitted or corroded areas will need more extensive repair/replacement.

What About the Rest of the Exterior?

Just as exposed to the elements and road debris, you should examine the rest of the Jeep’s exterior. Paying special attention to the windshield frame, brackets, and hood for any chipped paint and exposed/rusted metal caused by weather or rock chips from the road. If the Jeep has painted fenders, the front face of the fenders can also be chipped, although these are more cosmetic issues and don’t pose as serious a structural concern as the windshield. They should still be examined. The side lower frame rail and body can also be exposed to road debris and often gets a significant amount of salt exposure if you live in northern snowy climates.

After a general walk through of the Jeep’s exterior and under-carriage, the next area to examine is the mechanical condition of the Jeep. Major areas like the engine and transmission are important to focus on. Aside from a paper log of maintenance and recall records, an engine bay’s cosmetic condition can be an indication to the overall maintenance. A well kept and clean engine bay could indicate the Jeep was properly maintained. Although this shouldn’t be a conclusive determination of the Jeep’s mechanical state, it will help set the stage of the overall condition.

When examining the Jeep's engine, it’s important to listen to a freshly started engine. Ask to see the Jeep early in the morning, before the owner has had a chance to start and run the engine. Listen for any irregular idling during warm up or stuttering/misfiring while idle. In addition, the Jeep will naturally have a low “ticking” noise, but excessively loud or overly noticeably ticking could be an indication of a more serious problem.

Once warm, taking the Jeep on a test-drive is very important. Pay close attention to the transmission shifting if it’s an automatic, or how the gears engage if it’s a manual. Shifting in both case should be smooth and precise. Although Jeep’s are noted to have a “harsh” ride, the suspension should feel stable and consistent. If there’re any noticeable creaks or dips when go over bumps, it should be examined closer for any leaking at the shock or sagging of a coil spring.

Steering and handling is also critical to make note of during the test drive. Does the Jeep have any jerking or unstable handling when going over bumps at higher speeds? Does the steering wheel shake/vibrate at highway speeds? The overall ride can be slightly harsher than a sedan, but should still feel stable and predictable, especially at highway speeds.

Once the test drive is complete, examine the drive shafts for any exposed grease from a potential boot failure or any lose of motor or gear oil. In addition, check the engine oil for noticeable discoloration, either too light or too dark. Healthy oil coloration should have a golden to slightly darkish amber color.

Does it Have Modifications?

One of the exciting parts of owning a Jeep is the extensive amount of modifications available. If someone has built their Wrangler into the ultimate off-roading machine, its both good and bad for the buyer. One good thing about this is it may mean you will need to do less to get it ready for the trails. However you will have to pay extra because of the time and money they put into that Jeep. This also opens up the possibility of bad installation and modification of the Jeep’s structure. Some aftermarket bumpers require trimming of the frame rails. Ensuring the installation was properly done can be difficult to determine without the removal of the bumper, but a general attention to the condition of the bumper and how it currently sits can be indications of how well the install was handled. The same can be applied throughout other modifications on the Jeep. Differential covers that were not properly installed will have blacking along the seams, indicating leaking of gear oil. Usually the safest bet is to purchase a Wrangler that is as close to stock as possible, this reduces the amount of things that need to be checked over heavily and it allows you to build it up yourself exactly how you want it.

What Kind of Mileage Does it Have?

Aside from the overall numeric value of the mileage, it’s important to note the road conditions the Jeep was in during those miles. A Jeep can represent very low mileage under heavy off-road conditions, opposed to a Jeep with slightly more miles in pure paved road conditions. The difference is relative, given the driving performed and is an important factor to consider. A good indicator that a Jeep has been off-road extensively is the condition of the under carriage. If the factory skid plates and control arms show excessive scraping or damage, these could be signs the Jeep has seen a good amount trail time. Although these aren’t indicators its been abused, they are important points to make note of and consider in the overall price.

Keeping these five important point in mind when looking at used Wrangler should help with your overall decision on its value. It’s important to note that various owners complicate the overall history and could make it difficult to get an accurate assessment of the Jeep. Nonetheless, making note of the items described above will help guide you into the overall condition.