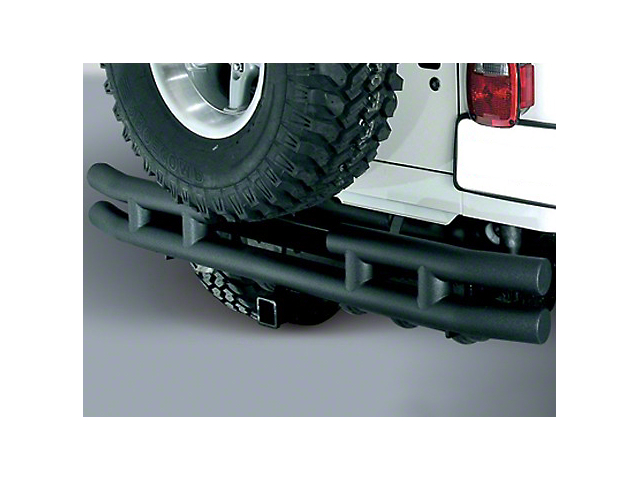 Construction. The Rugged Ridge Tubular Rear Bumper with Hitch has weld-closed end caps that keep moisture and dirt out of the bumper tubes to prevent rust formation. A special smooth grind process is done to smooth out small weld pockets, which might rust over time.

Function. This Jeep Wrangler TJ tubular bumper protects the rear end of your jeep from any impact during your off-road rides. It has a 17-inch rear opening that lets you accommodate oversized spare tires without getting in the way of the bumper. This rear bumper includes a frame mounted hitch that has a towing capacity of 2000 pounds and tongue weight of 200 lbs. The hitch enables lightweight towing.

4.2 out of 5 overall rating from 8 customers

Will the work with the https://www.extremeterrain.com/barricade-roof-rack-black-tj-j100172.html that I have on now?

Can the hitch be used as a recovery point? 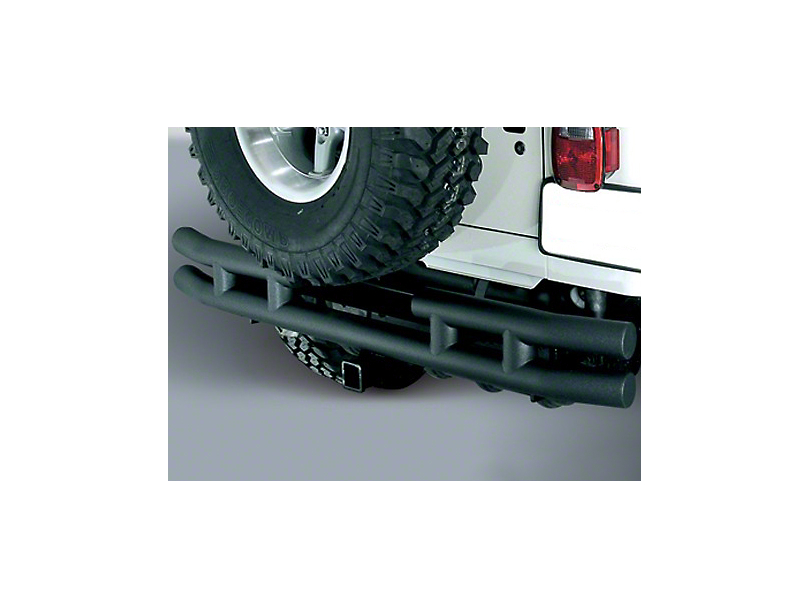